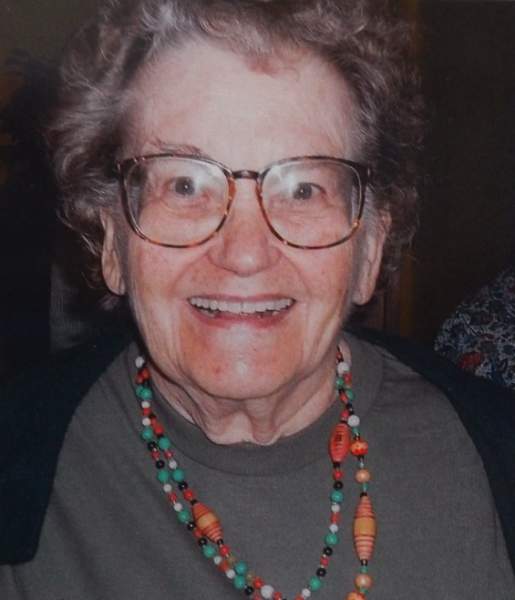 Leona Lillian Hassen (nee Lampi) was born September 30, 1924 in Red Lodge, Montana, and passed away on April 28, 2019 in Coeur d’Alene, Idaho, at 94 years of age.  Leona was predeceased by her parents John Lampi and Lillian Mattson Lampi, by her infant sister, by her second husband Bob Hassen, and in 2011 by her beloved son, Jon Leopold Pilati, of Coeur d’Alene.

Leona is survived by her first husband and Jon’s father, Paul Pilati.  Amongst her many cherished friends and former colleagues, are her long-time friends Rebecca Watterson of Hayden, and Janet Germane of California.

Leona was very proud of her Finnish heritage and hosted an informal Finnish language and culture class in her home for many years.  She called the members of her group her “Finnish family”, and in her later years they provided the caring support which allowed Leona to stay in her home until her passing.  She will be greatly missed by everyone in her group, and especially by Peter and Eliisa Waisanen of Post Falls, Jill and Richard Jurvelin of Coeur d’Alene, and Don Heikkila of Harrison, Idaho.

Leona’s father immigrated from Finland, and settled in Red Lodge, where he became a business owner.  Her mother was the daughter of Finnish immigrants, who settled and farmed in British Columbia.  Leona spent many happy vacations on her grandparents’ farm, lovingly known as ‘Mattsonville’, amongst an extended family of aunts, uncles and first cousins.  She is survived by two of her first cousins, Lillian Ellis and Gerald Mattson, by her second cousin Ardis Miller, all in British Columbia, and by many more cousins in western Canada, the US, and Finland.

As a young woman she served for the Legation of Finland in Washington, DC, the Consulate General of Finland and the Finnish National Travel Office in New York, and for the Council for International Progress in Management in Helsinki, Finland.  She taught at several high schools in Montana, and at the University of Jyvaskyla in Finland.  In 1968 she moved to Coeur d’Alene to teach at North Idaho College, and remained there until her retirement in 1986.

Following retirement, Leona maintained her zest for travelling and for sharing her knowledge of language, history, and culture.  In 1998 she published ‘At the Foot of the Beartooth Mountains’, a history of the Finnish community in her home town of Red Lodge.  She corresponded with many of her cousins throughout the world, and shared her family history research, old family photos, and family letters and stories which she had translated.  She always encouraged the younger generations of cousins to learn about their Finnish heritage and to connect with their Finnish family.

At Leona’s request there will be no formal memorial service.  She will be remembered with love at a family reunion to be held in Finland next summer.  Her ashes will be laid to rest in Red Lodge.

If friends and family wish, donations in memory of Leona may be made to the Inland Empire Chapter of the Finlandia Foundation, c/o Tuula Ezzell, PO Box 48300, Spokane, WA 99228.

To order memorial trees or send flowers to the family in memory of Leona Hassen, please visit our flower store.