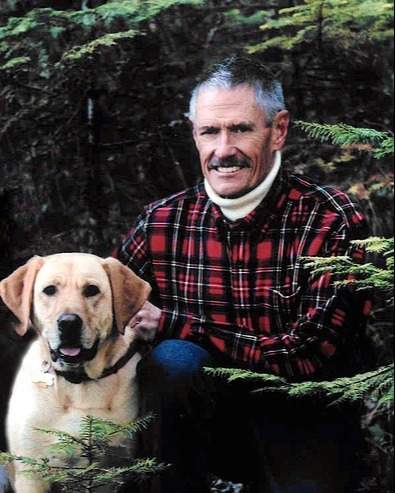 THE RIVER IS CALLING AND I MUST GO

Leonard (Len) was born and raised in Colfax, Wash., to Adrian and Mildred (Anderson) Hodge.

Len spent his high school years at UCA. Where he met who would soon become his wife.

Len and Nyla (Weinand) were married on Nov. 11 1962, at the ripe old age of 20 in Sandpoint, Idaho. While Len was at Jr College in Yakima, Wash. he was blessed, ready or not, with his daughter Sally. Shortly after that, they moved to Ellensburg, Wash. Where he graduated with his degree in accounting. His first shirt and tie job was with Weyerhaeuser in Longview, Wash., where once again they were blessed with baby number two, son Timothy. Nine months later their life long dream to live in Coeur d’Alene, Idaho became a reality, where he went to work for Magnuson Mchugh & Co P.A. in 1969. During the 40 plus years of his career there he gained his CPA license and rose to the status of partner.

Outside of work Len shunned the indoors. You could always find him in some outdoors pursuit. Running, camping, fishing, hiking, waterskiing, snow skiing, watching grandkid sports, and his favorite of all time white water rafting! He had many adventures as a passenger and then guide. Len had grand times with family, friends and friends to be on the river.

All lives are filled with sorrow and joy. Lens greatest sorrow was the unexpected death of his son Tim at the age of 21. But joy follows sorrow and he was blessed with lots of family son-in-law Dennis, grandsons Cody(Nikki), Casey(Willie Jo) and granddaughter Randi (Max Clutter) and eight of the cutest great-grandchildren ever! (Myka, Mabel, Griffin, Zane, Archie, Reese, Timothy and Jesse)

Preceding Len in death; his parents and beloved brother Dick and of course his son Tim.

Surviving him are his daughter Sally and her family, his sister Charlene, many in-laws, nieces, nephews and friends that he considered family.

In lieu of flowers please make donations to an Alzheimer’s research in your area.

Service will be live streamed at https://www.facebook.com/CDAAdventist

To order memorial trees or send flowers to the family in memory of Leonard Ray Hodge, please visit our flower store.