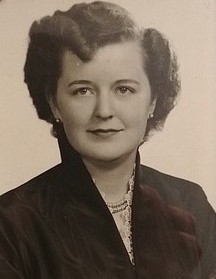 Lila Lee Perry passed away September 17, 2020.  She was surrounded by her loving family and passed peacefully in comfort with loving care at the Schneidmiller Hospice House in Coeur d' Alene.  We are so very grateful to the care givers at Hospice of North Idaho.
Lila was born July 23, 1935, in Tillamook, Oregon, to Ronald and Ruby Heath.  The family later moved to Cheyenne, Wyoming, where her father worked for the railroad.  Lila made her way to Kooskia, Idaho, in the early 1950's where she graduated from High School.  In 1954, she married Louis Booth and for the next ten years they traveled where the Army sent them.  They had two children, Renice and Calvin Booth.  In 1964 Lila and the kids came home to Kooskia to stay.
After the death of her beloved husband Monte Perry, she moved to Coeur d' Alene to be near her children and grand children.  She immediately went to work for a local bank and retired in 2000 after 18 years at Bank of America.  In her retirement, she worked part time as a bookkeeper at her church Mountain Lakes Bible for 10 years.  She loved her work and involvement there with her many loving friends who became her extended family.
Around the age of 15, Lila learned to crochet and only stopped recently when her hands would no longer cooperate.  It was rare to walk into her home and not see her in her favorite chair working on some new beautiful creation.  Family members will continue to cherish the personal afghans she made just for them.
Lila is survived by her children, daughter Renice Sandler and son Calvin Booth (Cindy), grandchildren Brandon Zent, Terren Booth, Dan Orr all of Coeur d' Alene,  Mattie Sandler of New York, Jason Butler of Spokane, and brother Jack (Ellen) Bramlet of Lewiston.  She is also survived by the twinkles of her eye, great grand children Caitlin and Avery Zent, Taitum Ellis, Gemma and Jackson Pratt.
Other surviving family members include numerous nieces, nephews, their children, and grand children, all of whom she loved dearly.
Services for Lila will be held at 6:30 p.m. Friday, September 25, 2020, at English Funeral Chapel, 1133 N. Fourth St., in Coeur d’ Alene.
In lieu of flowers, please make donations to Hospice or the charity of your choice. Due to COVID-19 restrictions and vulnerable loved ones, we ask that only family and close friends attend. Masks are required. Services can also be viewed on English Funeral Chapel Facebook Page.

To order memorial trees or send flowers to the family in memory of Lila Perry, please visit our flower store.
Send a Sympathy Card