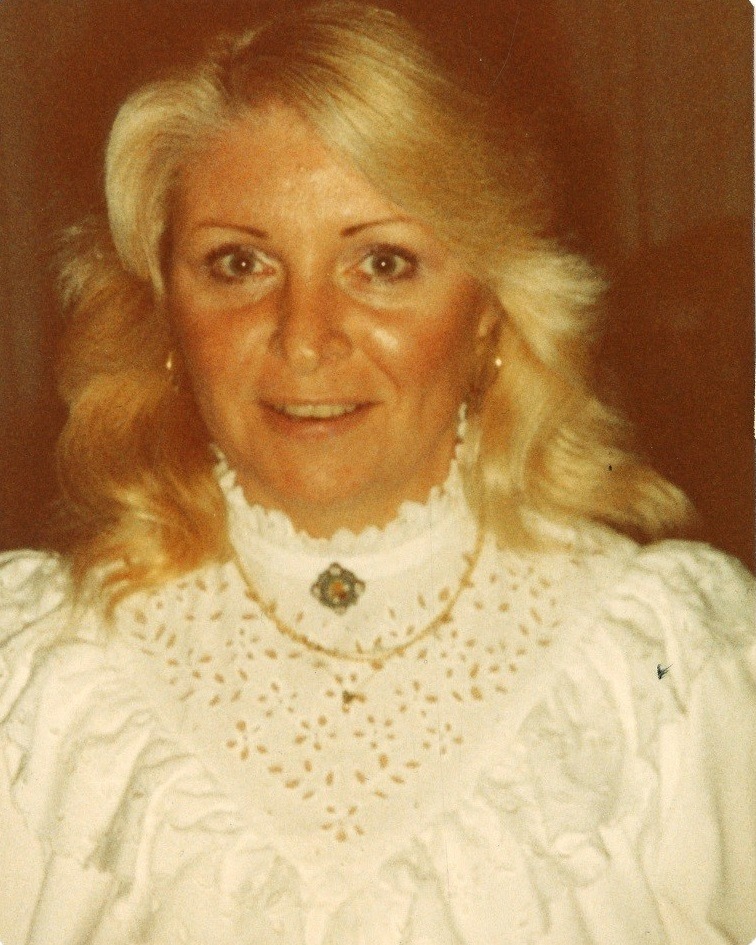 Lonna Lee McGee was born to loving parents Edith Dickinson McGee and Lonnie McGee on November 19, 1940, in Los Angeles, CA. She was the first of 4 children, she was followed by David McGee (1942-2018) Dawn Hayes, and Timothy McGee. During WWII with Lonna’s father away in the Army and her mother Edith working in a Defense Plant, Lonna was in the care of her grandmother forever known as Granny. Lonna became granny’s constant companion on her outings in North Hollywood where they were seen at the local rummage sales. This fostered a great love and respect for old items and Antiques. Later she owned and ran an Antique shop in Canoga Park, CA. that was later destroyed by the Northridge Earthquake.

She attended North Hollywood High School and due to her great love of music proudly participated in Glee Club. Upon her marriage to Jerry Sampson she had 2 children, Gary Sampson and Tom Sampson.

Having a great thirst for knowledge and an artistic flair she learned to paint while going to night school and earning a college degree and Master’s degree at Cal State University Northridge.

Lonna was a great cook and baker, her most famous family recipe were her molasses cookies which her granddaughter Kayci makes to this day.

She and her husband Jerry Meyer started a small pottery in Simi Valley, CA. The items were limited edition pieces featuring the likeness of Roy Rogers, Dale Evans, Gene Autry, Hopalong Cassidy, and other movie celebrities. Lonna personally designed and decorated most of them, they were marketed under McMe Productions.

She relocated to the Coeur d’Alene area and spent her remaining years enjoying the peace and solitude of a large log home lovingly built by her son Gary. She loved saying “I like my house”. Her last hours were at Kootenai Hospital where she went to be with God on the evening of January 6, 2023. She was preceded in death by both parents, Edith and Lonnie, and her brother David McGee. She leaves behind a loving husband, two sons, a loving daughter-in-law, 5 granddaughters, 5 great-grandchildren, a niece and nephew, and several great-nieces and great-nephews.

A Visitation will be held at English Funeral Chapel 1700 N. Spokane Street Post Falls, ID on Saturday, January 21st, 2023 at 9:00 A.M. With the Funeral Service beginning at 10:00 A.M. The Graveside Service will follow at Mountain View Cemetery in Athol, Idaho.

In lieu of flowers donations can be made to The Shiners Children’s Hospital of Spokane, WA.

To order memorial trees or send flowers to the family in memory of Lonna Lee McGee Meyer, please visit our flower store.