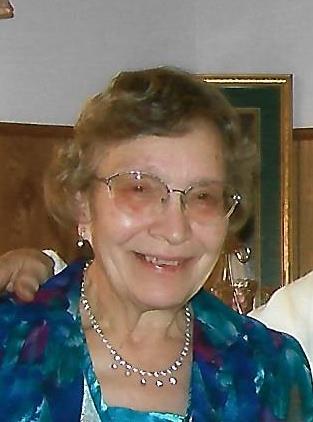 On Tuesday, Jan. 28, 2020, Mae Pleger let her family know it was her final day. So, she did what she had done most of her adult life. She told the many around her, including tearful staff at Coeur d’Alene Life Care, about her love for Jesus Christ.

In 1965, Mae was a single mother of three small children living in Walla Walla, Wash., when she prayed that God would put her in a place where she could learn about Him. The prayer was answered in the form of a little house at the end of Melrose Avenue in Hayden, a block away from the Hayden Bible Community Church. The proximity was important because Mae didn’t have a car.

Later that year, under the spiritual guidance of Winnie Priestley, she committed her life to the Lord.

Mae made ends meet by ironing and washing laundry. She met World War II veteran Ed Pleger that way. He was a bachelor with a drinking problem and church friends opposed their marriage. But in 1968 Ed and Mae married anyway. Ed never took a drink afterward.

Instead, Ed and Mae became pillars of the various congregations that met at 290 E. Miles Ave., serving in the background as needed, hosting missionaries, handing out Gospel tracts and befriending a long list of pastors. They were devoted to Child Evangelism Fellowship. In 1996, they were instrumental in transferring the deed to the church property to a group that had been meeting at the Coeur d’Alene Inn, including son, Earl.

In summer 2015, Mae turned over the first shovel of dirt in a groundbreaking ceremony that led to the opening of the new Hayden Bible Church building. In 2018, Mae delighted in seeing her son, Earl, become one of the pastors there.

Mae Abbie Erickson was born on Nov. 26, 1933, in Sunnyside, Wash., to Mark and Gladys Erickson. After graduating from Kingston High in the Silver Valley, she enrolled at Dental Nurses Training School in San Francisco, and graduated on Feb. 15, 1952. She worked as a dental hygienist. In 1953, she married Clarence Heston Moncrief in Kellogg, Idaho. They later divorced.

Ed Pleger would adopt Mae’s three children and raise them as his own, and together they had a fourth child.

Mae was preceded in death by husband Ed; her parents and two brothers: LeRoy Erickson and Dale Erickson.

She is survived by four children: Floyd (and Amelia) Pleger of Rathdrum; Marie (and Dan) Stillman of Coeur d’Alene; Earl (and Leslie) Pleger of Hayden; Bertha (and Scott) Moll of Benicia, Calif.; 12 grandchildren; 22 great-grandchildren; and three great-great grandchildren.

Mae’s surviving children are grateful for the quality of care given by Coeur d’Alene Life Care.

Contributions in Mae’s memory can be made to Hayden Bible Church.

To order memorial trees or send flowers to the family in memory of Mae Pleger, please visit our flower store.
Send a Sympathy Card