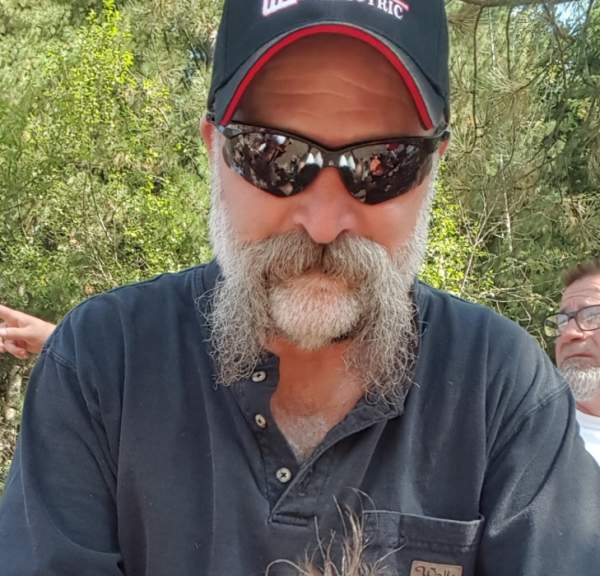 Marty moved to Kellogg, Idaho in 1974 with his mother and siblings after the death of his father. He attended school at Kellogg Jr and Sr High School and Graduated in 1979. He married his high school sweetheart, Deanna Wadsworth in August 1980. They raised three children (Ambra, Ron and Cara) in various places in the Northwest as he pursued his Industrial Electrical Technician career.

He moved his family to Malta, MT were they lived for seven years while he worked for Pegasus Gold Mine. In 1996 the family followed him to Springfield Oregon where he worked for Willamette Valley Company for twelve years. He and his wife returned to North Idaho in 2007, where they currently reside in Rose Lake. Marty was an avid Fisherman and living near the CDA River gave him many opportunity to find the honey holes and angle for that big one, or two. He was the best fix it guy. There was never a thing that was left broken or in disrepair at his home. He always found a way to fix it or make it better. He made many friends along his life's journey, many who remain today forever friends. He always said he wasn't very social but give him a Kokanee and a good song and he would talk your ear off.

Marty was preceded in death by his father Art, his mother Hazel, his oldest brother Art Jr., his sister Tammy and his son Ron.

His is survived by his wife of 40 years, Deanna, his daughters (Ambra(Damon)Sitgraves of San Diego, CA and Cara Sanders(Brandon Krauss) of Ford, WA, His brothers Vince(Tammy)Sanders of Bismarck, ND, Danny(Colleen)Sanders of CDA, ID and his sister Lori(Bob)Lieir of Bismarck, ND, along with his grandchildren Alana and Araka Sitgraves and Carter and Lyla Hansen of Springfield Oregon and Temperence Krauss of Spokane WA. Numerous nieces and nephews and brothers/sisters in law.

A celebration of Life will be held at his home in Rose Lake on Saturday August 29th at 2:00 p.m.

To order memorial trees or send flowers to the family in memory of Marty Sanders, please visit our flower store.