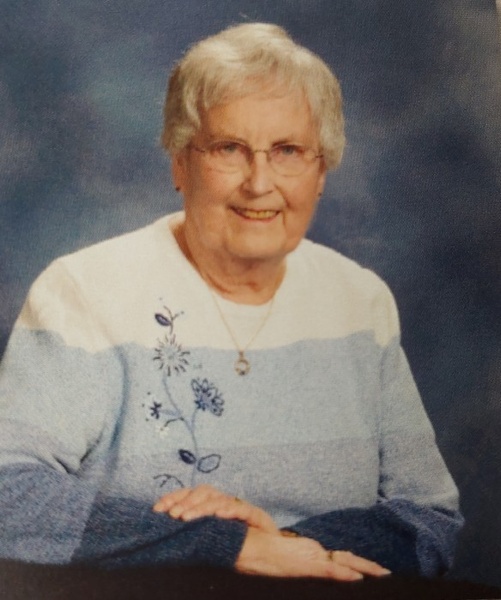 She graduated from Sacred Heart Academy in Missoula in 1950 and from Carroll College in Helena, Mont., with an RN in nursing in 1953.

Mary Lou married Paul Wilson in Missoula on April 19, 1954. As Paul accepted promotions in the Forest Service, they lived in Missoula; Clarkia, Idaho; Avery, Idaho; and St. Maries, Idaho; before moving to Coeur d’Alene in 1967. She worked at Kootenai Medical Center for 25 years, retiring in 1993.

Mary Lou was active at Pope St. Pius X Catholic Church for many years, where she was a lector and Eucharistic minister; sewed baptismal garments, worked on funeral dinners and was a religious education teacher when her children were young.

She was a Cub Scout Den Mother in St. Maries and Coeur d’Alene, and Girl Scout leader in Coeur d’Alene. She and Paul served as volunteer hosts at the Lochsa Historical Ranger Station from 1986-2005. She was an oblate (lay associate) of the Monastery of St. Gertrude in Cottonwood, Idaho, and a member of Chapter CB, P.E.O. in Coeur d’Alene.

Mary Lou enjoyed quilting, sewing and needlework, including sewing for Birthright and Project Linus. Mary Lou was proud of her Irish heritage and made two pilgrimages to Ireland with Paul.

The funeral will be at 11 a.m. Saturday at Pope St. Pius X Catholic Church at 625 Haycraft in Coeur d’Alene.

To order memorial trees or send flowers to the family in memory of Mary Wilson, please visit our flower store.