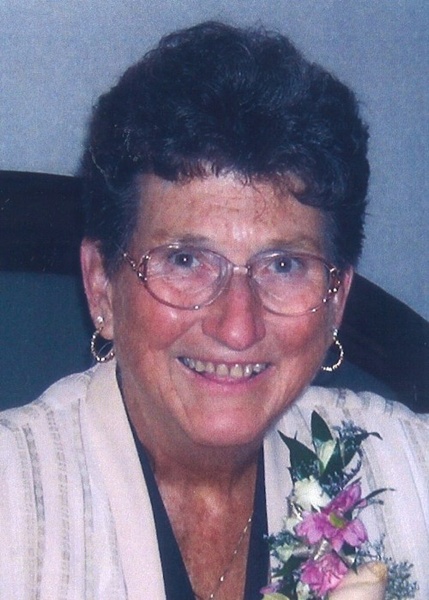 Mary Jean (or Mrs. H/Coach as many affectionately called her) was born in Walker, MN to Perry and Lila Smith. She was the youngest of 3 siblings. When she wasn’t busy doing chores around their place on Child Lake, she was active playing basketball the only sport that was available for women at the time. Her love of sports was catalyst to being a dedicated teacher and a coach for thirty-two years. She was instrumental in the establishment of girls’ athletics in Northern Idaho. Mary Jean spent most of her career at Kellogg, ID teaching junior high and high school, and starting the girls track, volleyball, and basketball programs. In sixteen years of coaching track, her teams won 60 dual meets, 12 invitational meets, six district titles and the 1985 state championship.

Among her most notable accomplishments were forming the Girls Athletic Association (GAA) in 1962 and developing the school district’s elementary physical education program in 1972. She also dedicated many years to the Kellogg’s drill team, pep club and cheerleading programs. Mary Jean was very dedicated to the advancement of her profession and was a member of the District 1 Board of Control for 16 years, held leadership positions in the Women’s Coaches Association and served as vice-president of the District 1 Coaches Association for 1 year and was president for 6 years. She was named District 1 girls Track Coach of the Year 2 times and State Girls track coach in the year 1985. She also received the District 1 Distinguished Service Award in 1993.

Mary Jean was a native of Minnesota but attended high school in Mullan Idaho where she graduated Valedictorian. She went to college at Bemidji State College where she met her husband George. They had 3 children John, Steve, and Lori.

In her later years she was able to travel all over the world with her friend and sister-in-law, Lorraine Yocum. They created a lot of great memories together.

Thank you to the caregivers at Orchard Ridge that made her last year’s comfortable.

Till her last breath, Mary Jean kept her sense of humor and her love for her family, friends and sports.

In lieu of flowers memorial donations can be made to the Mary Jean Hinkemeyer Memorial scholarship fund at the US Bank 1603 N. 4th St., Coeur d’Alene, ID 83814.

To order memorial trees or send flowers to the family in memory of Mary Jean Hinkemeyer, please visit our flower store.