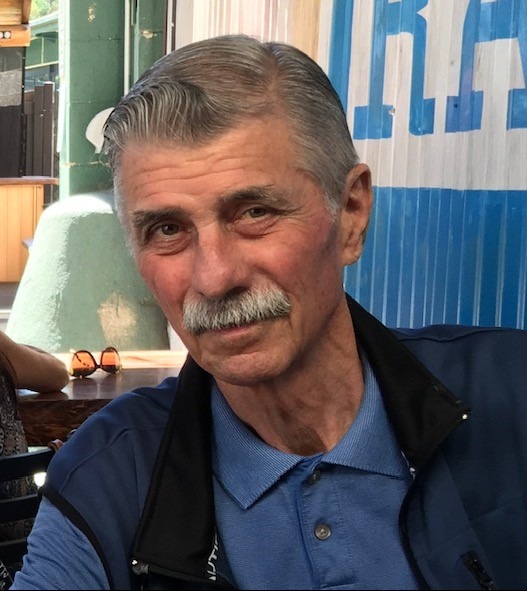 Michael J. Simmons of Hauser, Idaho passed away on April 11, 2022.  Mike led a very colorful life and he was always willing to share a great story about the adventures of his younger years.  Mike was born in Boise, Idaho on June 6, 1938, to Robert Waco and Verna Simmons.  His parents and sister, Roberta (Jackson), precede him in death.   Mike was raised in Boise, graduating from St. Theresa’s Academy.  He served his country in the Army Reserve and attended Boise Junior College.  He left college and was working in a meat packing plant when an injury led him to a hospital stay where he met his future wife and nursing student, Sharon. They were married 57 years.  After their wedding, they moved to Pocatello, Idaho where Mike graduated from Idaho State University with a degree in Business.  Mike found work with Texaco as a clerk before quickly joining the Sales ranks, where he excelled.  Mike loved the oil industry and he loved to call on distributors, customers and potential customers.  He was a company man, always proud to represent the Texaco Star and he worked in the Texaco offices of Boise, Seattle and Billings, MT.  As the industry changed, so did Mike and he found himself to be the last Texaco employee in Montana in the 1980’s.  While most would have simply found another job, Mike set a different course, reeducating himself at middle age to become a Lubrication Engineer consulting mines, lumber mills and heavy industrial operations.  To do this, he spent many weeks of training at Texaco labs in New York and Port Arthur, Texas.  Mike and Sharon relocated from Shepherd, MT to Hauser Idaho in 1990, and Mike finished his career working from his basement home office while handling a tri-state territory.  Mike developed many friendships over his career with clients and colleagues and maintained many of those relationships after retirement.  Mike retired from Texaco with 32 years of service.  His first retirement was a short one, as Chevron called and lured Mike back to handling accounts in Idaho and Montana.  He worked for Chevron for two years before signing on with Eljay Oil in Spokane to sell oil locally.  He worked with Eljay for ten years, and all said, Mike represented the oil industry 44 years.   Mike was a man of many talents.  Besides being a Husband, Dad, Grandpa and Oilman, he was a Mechanic, Plumber, Electrician, Carpenter, Tractor Operator, Cattleman, expert Fence Builder and later in life, a Llama Rancher.  Mike loved animals and his dogs, cats, cows, and llamas will forever have a special place in his heart.  No matter the weather, or the job that needed to be done, Mike always preferred to be outside doing something, and what most viewed as hard work, he called ‘fun’.  He loved to hunt and fish, reload ammo and all shooting sports- he was a master at those things.  Simply said, he loved the outdoors and loved Idaho wildlife, forests and recreation.

Mike loved his work, but above all, Mike loved his family and especially spending time with his grandkids, enjoying the great outdoors.

Mike’s celebration of life is planned to be held in Boise and will be scheduled at a later date.  The family would like to thank the staff of the Guardian Angel Homes in Liberty Lake and Hospice of Spokane for their compassionate care of Mike.  In lieu of flowers, please consider a donation in honor of Mike to Kootenai Humane Society (kootenaihumane.org) or the Alzheimer’s Association (alz.org).