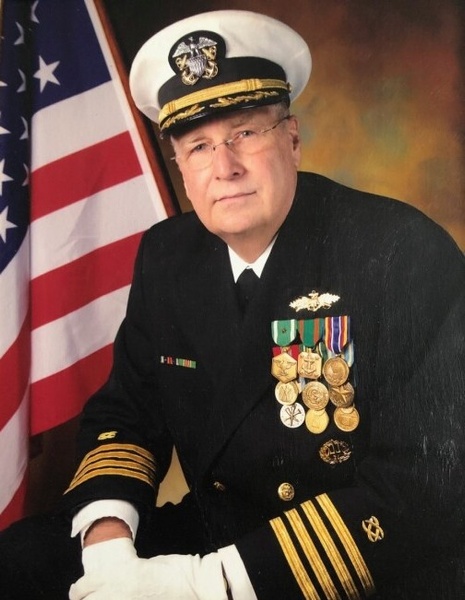 He was raised in Caruthersville and was an Honor Graduate from Caruthersville High School in 1964. He played football, basketball and was captain of the track team.  He earned his Bachelor of Architecture (BArch) degree from the University of Florida in Gainesville, his Master of Fine Arts (MFA) in scenic and lighting design from the University of Idaho.  He was a member of Kappa Alpha fraternity.  Michael moved to Post Falls, Idaho in 1978.  He was a licensed architect (licensed in Florida, North Dakota, Minnesota, Idaho, Washington, and Missouri), NCARB certified, a member of the American Institute of Architecture and practiced architecture for over 40 years.

He was also a professional scenery and lighting designer for the theatre and designed over 150 productions professionally for 22 theatres in seven states. He worked with entertainers such as Sid Cesar, Imogene Coker, Van Johnson, Harv Presnell and Myrna Loy.

Michael was a CAPT (06) ret. in the US Navy Civil Engineer Corps/Seabees and served in Korea, Guam, Thailand, Laos, and Okinawa.  He was a life member of The Navy Seabee Veterans of America and the American Legion.  He was very active in the Boy Scouts of America for over 50 years.  As a boy he received his Eagle Scout, God and Country and was a Vigil Member of the Boy Scouts Order of the Arrow.

He lived a blessed life, loved his family and was very proud of them.  He is survived by his sons, Michael Byron Ward (Byron's wife, Chlo ) and his son, Hendrix Boyd Ward of Coeur d' Alene, Idaho and William Conor Ward (Conor's significant other, Lynn) of Carbondale, Colorado, and his daughter, Maegan Diane Grey Ward (her husband, Dylan) of Revelstoke, BC Canada.  Michael had a sister, Susan (Ward) Townsend and Brother-in-law Bill Townsend of Caruthersville, Missouri.  Michael lived in Middleton, Idaho and he is survived by the love of his life, Rose Marie Lore, his fiancé of Middleton, Idaho.

To order memorial trees or send flowers to the family in memory of Michael Ward, please visit our flower store.