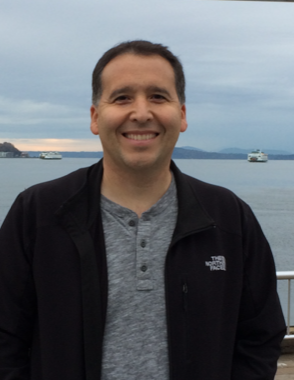 Michael met his Savior face to face Monday, January 31, 2022 after an extended stay at Kootenai Health. Though we, his family and friends, will miss him terribly, we rejoice that he is whole and healed in the presence of Jesus, and we will see him soon.

Mike was born September 1, 1971 in Eureka, California to Arthur and Cynthia (Mathews) Hernandez. Brother, Shawn, completed the family in May of 1973. Mike and Shawn spent their childhood years camping at Whiskeytown Lake, visiting Disneyland, sledding and making mischief with their cousins and friends.

After graduating from Arcata High School in 1989, Mike attended College of the Redwoods while also working at his Uncle Luis and Aunt Ruby’s restaurant, Luna’s Mexican Restaurant. It was there, while bussing tables, that Mike met server Cris (Cristol) Craig. No one could have foreseen how this casual meeting would quickly turn into an epic love story.

Shortly after meeting, Mike and Cris began dating, and against all odds (and all common sense), they set out on a life-changing adventure, packed up their cars and moved to Idaho. There, they faced many obstacles which only served to deepen their love for one another. They were married in December of 1992.

Wanting to provide the best possible life for his family, Mike began his 29-year career at Super 1 Foods in June of 1992. There he worked his way up, eventually becoming the Store Director in Post Falls. Throughout the years, he made many lifelong friends, cracked many jokes, always humbly led by example, exhibiting dependability and honesty in all he did. Even throughout two plus years of chemotherapy, he never missed a day of work.

In 1993, Mike and Cris’ love story continued as they added Jordan Michael and then, Justin Cristopher in 1998. Their little family of four was now complete. That is, until Maddy joined the family when she and Justin were married in August of 2019. In June 2021, little Zachary Michael was born making Mike a grandpa! If you thought Mike was a great Dad, you should have seen him in the role of Grandpa!

Aside from his family, two of Mike’s greatest loves were music and sports. His eclectic taste in music was instilled at an early age by his Dad Art, who was always ahead of his time with the latest and best stereo equipment. Mike grew up listening to The Jackson 5, Run DMC, and ZZ Top and made sure his boys also knew good music. He’d been known to take the long way to work, just so he’d have more time to listen to his favorites.

Rounding out his passions were The Giants and The Raiders. From the time he was a young child, Mike was a devoted fan and never betrayed his teams, regardless of their stats.

In 2007, Mike made the most important decision of his life by committing his life to the Lord. And just like that, he was on Team Jesus, never looking back. While in the hospital, Mike made it known that his greatest desire was to tell people about Jesus, and though it may have looked a little different than he anticipated, there was never a day that his life and his loved ones, on his behalf, didn’t do that.

All are welcome to join us in a celebration of Mike’s life Saturday, February 12 at 2pm at North Country Chapel 2281 W. Seltice Way, Post Falls. Please wear Giants or Raiders colors if you’d like. In lieu of flowers, donations may be made to the Leukemia & Lymphoma Society, or the Kootenai Humane Society. There is also a GoFundMe that has been set up for the family to help with funeral expenses at gofundme.com ( Celebrate the Life of Mike Hernandez organized by Frank Haynes on behalf of Cristol Hernandez )

To order memorial trees or send flowers to the family in memory of Mike Hernandez, please visit our flower store.
Send a Sympathy Card