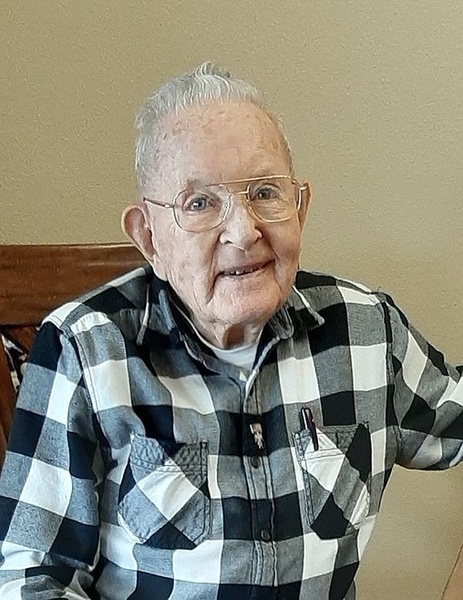 Milton Schauble peacefully passed away at home on Oct. 10, 2021, due to congestive heart failure.

After moving to St. John, Wash., in 1937, graduating early from St. John High in 1944, was inducted into the U.S. Army and served in Leyete, S. Philippines Liberation.

He received the Philippines Liberation Medal with one Bronze Service Star, the Asiatic Pacific Theater Service Medal and Victory Medal.

He attained the rank of Staff Sergeant and was an expert in carbine and a MM M-1 rifle sharp shooter.

He received his honorable discharge in August of 1946 and attended Gonzaga University in Spokane, Wash., for two years while working part time for JCPenney.

In September of 1948, his aspiration to become a CPA was abandoned to start a career with JCPenney. This was when he met Catherine (Cathy) who, at the time, was employed at another JCPenney store. They married on June 24, 1950, at St. Aloysius Church in Spokane.

Milt and Cathy moved to Missoula, Mont., in 1952, then to Bonners Ferry, Idaho in 1959, where Milt managed the JCPenney store for 39 years, retiring in 1985. They raised nine children: two sons followed by seven daughters born between 1951 and 1968.

In 1992, Milt and Cathy moved to Post Falls, Idaho. In their retirement years, they enjoyed traveling and spending time with their grandchildren and great-grandchildren.

Milt was an Honorary Life member of the Knights of Columbus, which he served for decades with honor and distinction. He was also a faithful member in the American Legion and served on numerous committees and boards, always willing to lend a helping hand where needed.

He held a deep devotion to God and the Catholic faith. Strong morals, integrity and work ethics embodied his everyday life. This was evidenced by a lifetime full of community service and selfless dedication to serve others.

A good and decent man with a kind and gentle spirit who touched so many and was admired by all, his friendly smile and engaging manner was the icing on the cake.

In lieu of flowers, memorials may be made to St. Thomas Catholic Church.

To order memorial trees or send flowers to the family in memory of Milton Schauble, please visit our flower store.
Send a Sympathy Card