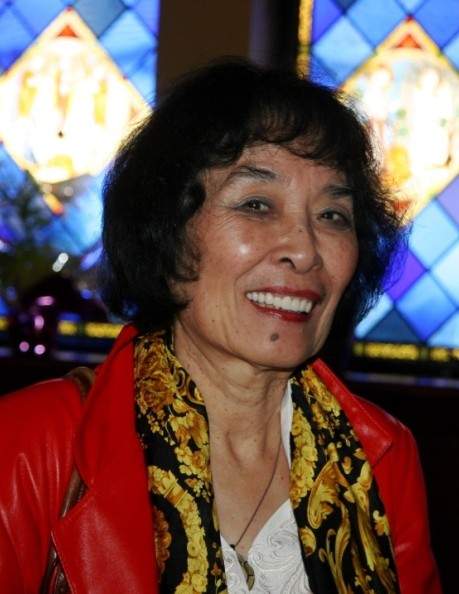 Miyako Koinuma was born in Tokyo, Japan, August 20, 1934 to parents Shigeru and Ryo Koinuma (Kato).  She was the only girl of their four children, with three brothers, Ichiro, Jiro, and Saburo, all of whom have pre-deceased their sister. She met her husband, Joseph Hawkins, in Tokyo while he was in the US Air Force stationed nearby, and she was a student at Aoyama Gakuin.   They were married on October 20, 1954.  After Joseph Hawkins was discharged from the US Air Force in 1955, they returned to the United States to California where they lived in Sacramento, East Palo Alto and then settled in Los Altos to raise their family over the next 30 years.  Miyako moved to Coeur d’Alene Idaho in 2015 to be closer to her two daughters who had relocated, or were in the process of relocating, from California.

Miyako Koinuma Hawkins enjoyed Baroque classical music, the arts, reading, playing the piano and harpsichord, gardening, cooking, and interior design.  She was admired by family and friends for her sense of fashion and style, her impeccable English language skills which led to several language teaching positions for both English and Japanese.  Her family and friends remember her amazing international repertoire of delicious dishes and desserts which she prepared for dinner parties, holidays and family celebrations, all of which were beautifully presented, reminiscent of Japanese custom.  Miyako played a large role in caring for her grandchildren, many of whom cherish the memories of those special times they each shared with their Grandmother.

In lieu of flowers, donations may be made to the Schneidmiller Hospice House, 2290 W. Prairie Ave., Coeur d’Alene, ID  83815.  https://www.hospiceofnorthidaho.org/donate/

To order memorial trees or send flowers to the family in memory of Miyako Hawkins, please visit our flower store.