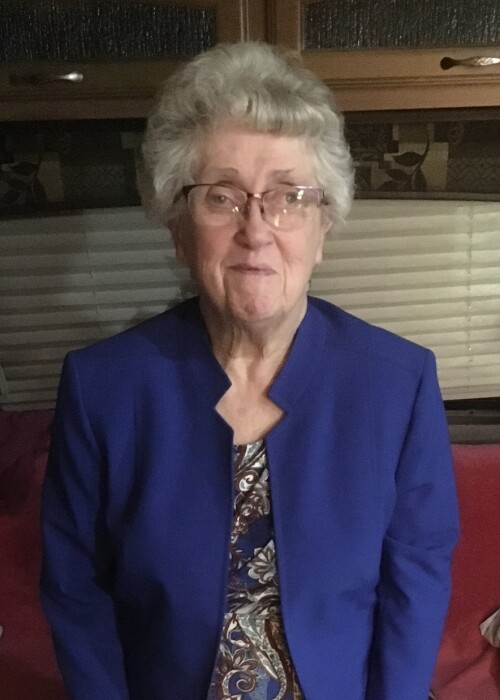 Nancy departed peacefully surrounded by her loving family in Spirit Lake, Idaho on July 28, 2021. She was born in Montague, Massachusetts to Leslie A. Burns and Martha L. Burns on January 18, 1934. She is preceded in death by both her father and mother. Her father was a physician, and her mother was a registered nurse.

After the death of her father, her mother moved from Massachusetts to California, where she went from 1st grade through college, graduating in 1959 from St. Helena hospital in California as a Registered Nurse. As a devoted Christian, dedicated nurse, and loving mother she had a strong faith in the Lord, Jesus Christ and performed special music in church. She enjoyed singing, nursing others, caring for her family and sharing vegetarian recipes.

After college, she moved to Guam where she continued her nursing skills at the Seventh Day Adventist Clinic and the Guam Memorial Hospital in Oka Point. She married William Taitague and had four children. After a time, she moved back to the United States, where she met her current husband, Robert Smith.

Nancy is survived by her husband Robert Smith of Athol, Idaho, and her two daughters, Delene Lamouric , her husband J.P. and children Laura and Titouan Lamouric, of New Zealand; Sheryl Cornelison , her husband Brent and children Emily and Ethan Cornelison, of Idaho; and her two sons, Wesley Taitague , his wife Esther and children Craig, Lance, Sean, and Georgette Taitague, of Guam; Jack Taitague and his children Alysia and Andrew Taitague, of Florida. She is also survived by her stepchildren Rick Smith (Tylor, Mackenna), Ela Smith (Phillip, Desiree, and Michaela), and Eugene Smith (Bailey), great grandchildren, and step great grandchildren.

To order memorial trees or send flowers to the family in memory of Nancy Smith, please visit our flower store.
Send a Sympathy Card