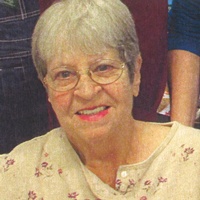 Patricia Ann Edwards passed away in her home January 14, 2019 after a long six year battle with cancer. Her daughter was by her side. Pat was the daughter of Richard (Mick) and Alta McMinimy and had three siblings: Richard and Don McMinimy and Neva Moore.

She was born in Sacramento, California on November 23, 1940. After graduating high school, she met and married Robert Joseph Small and had five children. Later she met and married Kenneth Edwards and soon after they moved to Valdez, Alaska where they lived for many years. Later in life they move back to Idaho and built their home and Plummer. Pat and Ken were both longtime members of the Rebekah- Odd Fellow Lodge and both served as president representing Idaho. Pat's presidency was 2002- 2003 and her motto was… “If I could write one little word up on the hearts of man I’d dip into the font of love and write with a golden pen…FRATERNITY.” She continue to serve until she passed.

She is survived by her five children: Joseph, Bobby, David, Kristin, and Mike Small. She has seven grandchildren and four great-grandchildren.

There will be a celebration of life at the Rebecca-Odd Fellow Hall in Coeur d'Alene on Saturday, January 19 at 3 PM. The address is 1520 North Government Way in Coeur d’Alene, ID

To order memorial trees or send flowers to the family in memory of Patricia Edwards, please visit our flower store.
Send a Sympathy Card