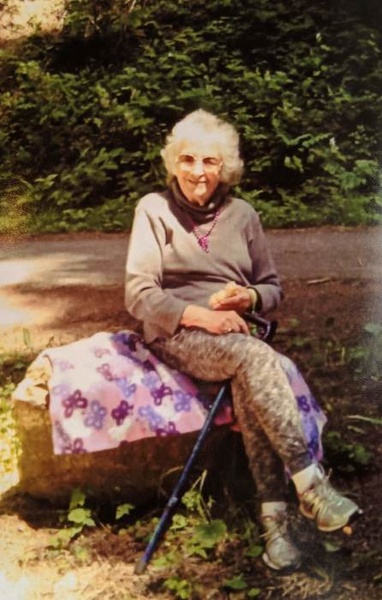 Passed away from Alzheimer’s peacefully at home surrounded by loved ones in Post Falls, Idaho on April 24, 2019.

Preceded to Heaven by her parents, her loving husband of 66 years Marvin Lang, and two great-granddaughters Megan Dail and Emilee Marie.

Pat married the Love of her Life Marvin while he was stationed at Fairchild Air Force Base. The family moved to Louisiana in 1954 and returned to North Idaho in 1968. While in Louisiana in the early 50’s Marvin and Pat owned/operated two service stations and Varnado Speedway race track. Pat raised 4 kids while running Wheel-N-Eat grocery and Pat’s Drive-In snow cone stand “We Freeze to Please”. After moving back to North Idaho the family settled in Post Falls.  Pat worked at the Post Cafe. The last 40 years Pat was a loving homemaker and had an Open Home for Everyone! She was happiest when all the family would be together and she coordinated several Family Gatherings every year.

Pat loved the mountains, camping by a stream, hiking, looking for wildlife/flowers/huckleberries, watching sunrises, sunsets, gazing at the stars-hoping to see shooting stars.

The family would like to thank North Idaho Hospice for all their help and guidance. In lieu of flowers donations can be made to a charity of your choice in Patricia’s name. A Funeral Service will be held 1:00 pm Tuesday, April 30, 2019 at English Funeral Chapel: 1700 N. Spokane St., Post Falls.

To order memorial trees or send flowers to the family in memory of Patricia "Pat" Lang, please visit our flower store.