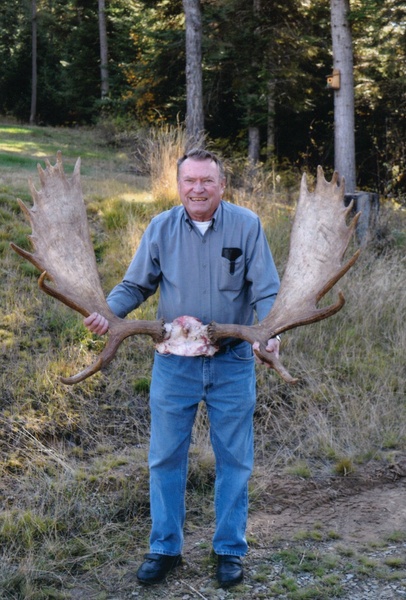 Paul was born on May 30th, 1934, to Albert J. Barrett and Anna M. (Hurd) Barrett in Port Townsend, Washington. On May 24th, 2022, he lost his final flight with COPD and Diabetes at the Schneidmiller Hospice House in Coeur d’Alene, Idaho. Paul went to school in Port Townsend for several years and then they moved to Seattle for a short time and traveled from there to the Southern States to follow construction as his dad was an Electrician. He continued grade school there and in the late 40’s they settled in Coeur d’Alene and his mother and dad opened City Electric. Learning the trade with his dad teaching him, he joined the IBEW Local # 73 in Spokane, and in January of 2022 he received his 70-year pin and membership award.

On August 13th, 1952, he and Patricia Barber were married, and they had two daughters, Robyne and Debbi. Paul joined the Idaho National Guard in the Mid 50’s and earned his wings and loved sky diving. He was the last remaining member of the original Hydromaniacs. A 53-year member of the Coeur d’Alene Elks and 30-year member of the Eagles. Paul loved hunting, fishing, camping and any outdoor activities.

Dad, you will be forever in our hearts. We love and miss you. Rest in peace.

English Funeral Chapel has been entrusted with the arrangements.

To order memorial trees or send flowers to the family in memory of Paul James Barrett, please visit our flower store.