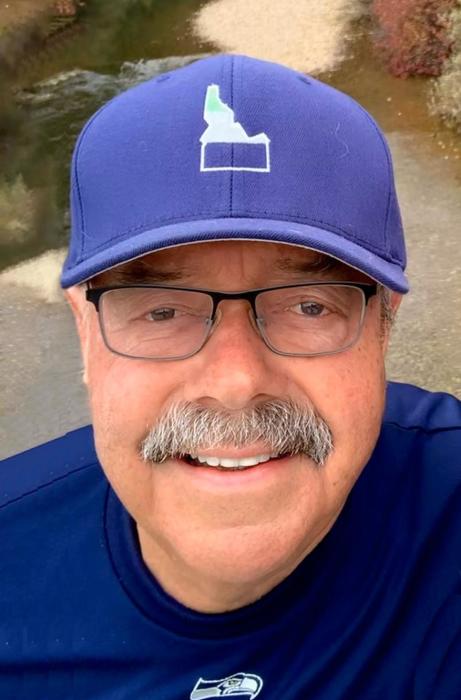 Paul Lloyd Ferguson passed away peacefully on April 8th in Coeur d’Alene, ID. He was born July 31, 1948 to Lloyd and MaryAnn Ferguson in Boise, Idaho.  He was joined 2 years later by his sister Linda.  He was an Eagle Scout and graduate of Borah High School.   Paul worked highway construction summers while attending the University of Idaho.  After 2 years he left to join the Air Force and served in Korea, Okinawa, and Oklahoma.  He was honorably discharged and then returned to the University of Idaho and completed a degree in Business Management (making the dean’s list on occasion).

He went to work in Lewiston for the Idaho First National Bank in 1975.  He also worked in Moscow, Priest River, Post Falls, and Coeur d’Alene.  He worked in Banking 23 years and at Panhandle Area Council for 15 years.

In 1978 he married Anne Lunceford in Coeur d’Alene; they had two wonderful children, Annie and Bryan.  They were divorced in 1990.

In 1994 he married Elizabeth “Lisa” Knoebber and the family became 6 strong with Jack and Tommy Knoebber.  They took many wonderful trips together to Mexico, Panama, Columbia, Costa Rica, the Caribbean, Canada, Hawaii, Texas, California, Montana, and Alaska.

He grew up with a great appreciation of nature and passed on to his children great memories of camping, fishing, skiing, boating, and hunting experiences.  He is very proud that all four children got college degrees.

With the Re-Opening of Idaho, a celebration of Paul's life will be 11:00 a.m. Thursday June 4, 2020, at St. Thomas Catholic Church, 919 E. Indiana Ave. Coeur d'Alene, ID.  A luncheon reception will immediately follow at the Parish Center.

Paul would like to thank Father John of St. Thomas Catholic Church who was an inspiration to him.  Even though Paul was baptized in the Lutheran Church, Father took the time and effort to explain to him the difference between the two religions and renewed a stronger faith in the afterlife.  “I can truly call him a friend.”

In lieu of flowers, please consider a donation to one of Paul’s favorite organizations, the Post Falls Food Bank.

The family would like to thank Hospice of North Idaho for their wonderful care of Paul.

To order memorial trees or send flowers to the family in memory of Paul Ferguson, please visit our flower store.
Send a Sympathy Card