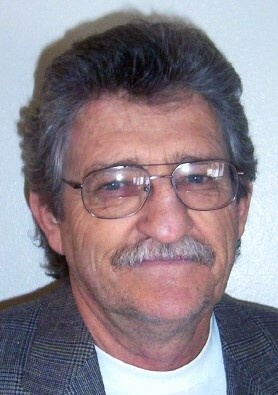 Philip E. Shults of Post Falls, passed away Oct. 18, 2020, of long term end stage renal failure, at Hospice House of North Idaho with his wife, Tina, at his side. Phil was born Dec. 13, 1942, to Edward L. Shults and Louise Worden Shults, in Missoula, Mont.

He had two sisters, Myra Shults, in Missoula, and Linda Nelson (Mike) in Milltown, Mont. Phil was extremely proud to be the great-grandson of Missoula co-founder, Francis Lyman Worden.

Phil was preceded in death by his parents and grandparents, Victor Shults and Clara Blodgett Shults, and Frank and Ida Worden.

Phil attended all of his school years in Missoula and graduated from Missoula County High School in 1961. He graduated from the University of Montana in 1966 with a degree in business administration. Phil was a member of the Sigma Alpha Epsilon Fraternity at the University of Montana. While attending the U of M, he participated in the ROTC program and was commissioned into the United States Air Force in January 1967.

He was stationed at Minot Air Force Base until his medical retirement in August 1968.

Phil had numerous, interesting jobs while in school. His favorite was serving as lookout for three summers (1961-1963) on Stark Mountain, Mont. A fellow lookout said it best, “The lookout leaves the mountain, but a part of the soul never leaves.”

Phil married Christine (“Tina”) Blakley on July 13, 1974. They were married 46 years and never had a dull moment. Phil was industrial relations director at Diamond International Corp., Northwest Lumber Division, Coeur d'Alene, from 1969 – 1978. In 1979, Phil and Tina moved to Canby, Ore., where Phil worked at Timber Operators Council. In 1983, they moved to Phil's hometown, Missoula, where he worked for several employers. In 1990, they returned to Coeur d'Alene for good. Phil was self-employed until the late 1990s, when his health no longer allowed him to work.

Phil is survived by his sisters, Myra and Linda (Mike); his nieces, Teresa Seaholm (Steve) of Missoula, Sara McDonald (Kevin) of Kalispell, and Mary Davis of Missoula; one nephew, Matthew Nelson of Milltown, Mont.; five great-nieces; two great-nephews and one great-great niece.

To order memorial trees or send flowers to the family in memory of Philip Shults, please visit our flower store.