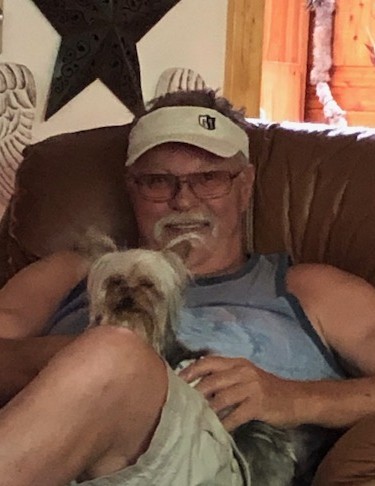 On Tuesday, August 27, 2019, Randall D. Kelleher, loving husband and father of three passed away suddenly at the age of 65. Randy was born on October 22, 1953 in Illinois. He was a carpenter by trade, but worked as a superintendent, building custom homes and later working in commercial construction. Randy was responsible for overseeing the construction of many local projects, among them the Coeur d’Alene Library. He was a hard worker with a great work ethic, always dedicated to the success of a current project. In 1997, Randy met Sandra Lynn St John, proposed 3 days later and they married within weeks in Scottsdale, AZ. The following year, they vacationed in the beautiful pacific northwest, prompting a move to Idaho, where Randy considered his home for the last 20+ years.

Randy was passionate about his family, politics, being Irish, the Zags, Hawaii, old cars, jazz, his beautiful lawn, boxing and football- especially his beloved Chicago Bears. He was a creative man who was an artist with wood. Those who were lucky enough to be counted among his friends will attest that he was a man with loyalty and a great sense of humor.

Randy was preceded in death by his step-daughter, Mary. He is survived by his wife, Sandra, his daughters, Madison and McKenzie and his many friends, among those- Kim and Leslie Noding, who he considered family. A service will be held in Spring of 2020 at the Veterans Cemetery in Medical Lake, WA. Randy’s charm, bigger than life presence and love of life will be missed, but our lives are blessed with love, for having him here, even for too short a time.

To order memorial trees or send flowers to the family in memory of Randall Kelleher, please visit our flower store.
Send a Sympathy Card