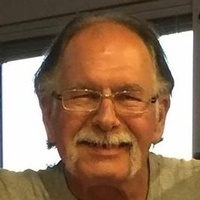 Randy was raised in Idaho Falls, Idaho, but moved to the Seattle area at the age of 14. Randy attended and graduated from Queen Anne High School in Seattle, Washington, in 1973. Randy was a hard worker, and worked in the restaurant industry for many years. He drove long haul in his later years and managed the tool repair dept. at Coeur d'Alene Power Tool.

Randy was a genius when it came to electronics. He started his career at 3 years old when he took apart a radio and put it back together perfectly. He loved his CB and Ham radios and talking to his buddies.

Randy loved music and never quite made it out of the 70’s - he still has eight track and cassette players. We’ll think of him and smile every time we hear Long Cool Woman In A Black Dress or anything by CCR.

For those who knew him, he had a rough and tough exterior, but Randy also had a big heart. He loved his friends and family and would do anything for them. Randy loved a good story and his laugh was so infectious it made us laugh even harder. He loved our military and this country with all his heart.

Randy is survived by his sisters, Gina, Patty and Shawna, his brother Butch and their families; his wife Lynne; their seven children, Kenn, Laura, Christina-Marie, Leon, Christine, Jackie, Jacob, and numerous grandchildren.

To order memorial trees or send flowers to the family in memory of Randy Johnson, please visit our flower store.
Send a Sympathy Card