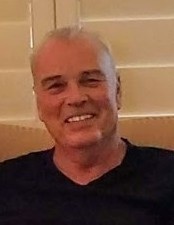 Raymond Staab Lozeau, beloved father, grandfather, son, and brother, joined our Father in heaven on April 5th, 2019.  Raymond was born in Pittsburg, Pennsylvania on April 5th, 1953, the oldest of four children born to Ida Staab Lozeau (deceased) and Albert Remi Lozeau.  He moved to Florida in 1961 where all his children were born.  In 1995, Raymond moved his family to Idaho where he fell in love with the weather, outdoors and forests.  He was well-known for his love of reading and pursuit of knowledge, which was surpassed only by his love of modifying and maintaining cars.  His idea of a perfect day was one spent with his children and grandchildren.  He will be forever missed by his daughter, Rachel O’Hearn (Philip), son Nathaniel, and daughter, Sarah, along with his father, Albert, sisters, Alicia (deceased), Ida, and Renee, his six grandchildren, and four nieces and nephews.

Raymond took comfort in the belief that he will continue to live on through his children.

There will be a visitation held Thursday April 11th from 5:00-7:00 PM at English Funeral Chapel, 1700 N. Spokane Street Post Falls, ID.  There will be a private family Graveside Service held at Greenwood Cemetery in Kellogg, ID.

To order memorial trees or send flowers to the family in memory of Raymond Lozeau, please visit our flower store.
Send a Sympathy Card