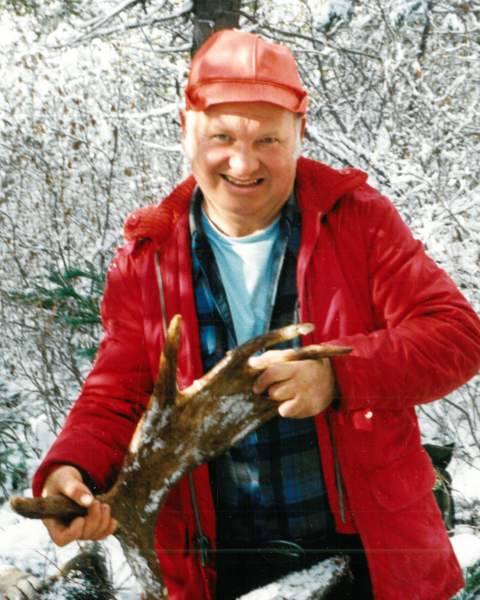 Reginald (Reggie) Vigen, 90, of Post Falls, Idaho passed away
unexpectedly of natural causes on August 16th. Reggie was born in
Alberta, Canada and lived in Canada until 1952. He then traveled to
Camp Pendleton, California and joined the United States Marine Corps.
where he proudly served in the Korean War. Reggie became
an American citizen in 1955. After his service he met the love of his life Janet
and they had one child Julie Ann. Reggie and Janet were married for
57 years and had a wonderful life together.
Reggie was an avid hunter and camper and in 1976 he decided
that Idaho would be a great place to start a plastic mold making business and it was.
He opened Northwest Molds with his two partners. He loved living in Post Falls
and was a member of the Post Falls Lions Club for many years.
Reggie was so thankful for all of his family, friends, and neighbors that took such
good care of him these past few years. Reggie was known for telling a corny joke or funny story,
if you had a minute. He will be sadly missed by all who knew him.
Reggie was predeceased by his loving wife Janet Vigen, his parents Annie and Ernest
and his brother Ken Vigen, He is survived by his daughter Julie Ann Lockhart and her
husband Jay Lockhart and grandson Jacob Lockhart.
A grave side service of remembrance will be held on Wednesday, August 31st at
11:00 am at Evergreen Cemetery, 2834 N. Spokane Street, Post Falls, Idaho
There will be a small gathering after the service at Reggie's home, everyone is welcome.
In lieu of flowers please consider a donation to The Wounded Warrior Project.
To order memorial trees or send flowers to the family in memory of Reginald Vigen, please visit our flower store.