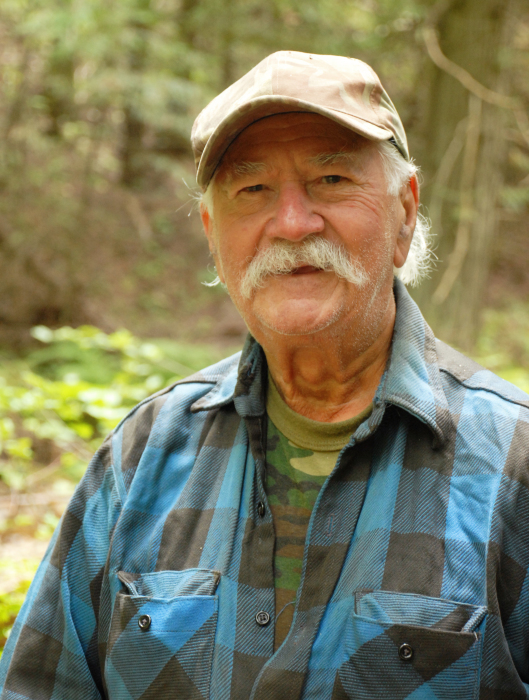 Though his family called him Ritchie, Ricky or Dick, Richard preferred to be called Rocky by his friends. Rocky was born on March 18th, 1926 in Brooklyn, New York to Santo and Mary Borello. He passed away unexpectedly after a sudden short illness.

When he was a young boy in the depression era of the 1930’s, he lived not far from a gravel pit where he would go to watch the trucks and steam shovels. He had a love for trucks ever since.  He loved Ocean Parkway on Brooklyn, very close to Coney Island and would often go there with his friends. He became a life guard at Coney Island and saved many lives. He also lived near Ebbetts field, home of the Brooklyn Dodgers. He would often watch the players work out. He had a life-long love of the Dodgers and still loved the team after it moved to Los Angeles.

As a boy his dad bought him a large Lionel standard gauge train set for Christmas. He had always loved Lionel trains but he really loved this one: A large locomotive in gun-metal grey with shiny nickel trim. It had piping and a red fire box along with big, beautiful, colorful cars. He kept that set like new all his life and developed a love for trains and model railroading.

He loved the Golden Gloves and grew up nearly across the street from where middle weight champion Rocky Graziano lived. Rocky Marcianno was his favorite sports hero. He was undefeated heavy weight champion in the 1950’s.

Rocky’s elder brother Tony was 1st violinist for the world renowned conductor Arturro Tuscanini.  Rocky would visit various venues including Radio City Music Hall to watch his brother perform. This once precocious kid listened to classical music to his last days. He took after his brother with his own musical talent and was gifted in playing the piano, organ, harmonica and accordion. He didn’t have much use for the guidelines of written music but if you gave him a tune he could play it by ear.

A young man during World War II he joined the 15th Division, Second Battalion, US Naval Reserve. He had two close friends who became pilots in the war, and were shot down and killed. Rocky was very patriotic and dearly loved his country. He attended a trade school and became a machinist, then worked, manufacturing airplane engines for Wright Aircraft of Patterson, New Jersey.

He moved with his parents to Statin Island, New York; and went into the real estate business with his sister Nettie. They owned and opperated Borello Reality Co. He was a real estate broker in New York for seventeen years.

On a blind date he met the love of his life, Rose Louise Orosz. They were married 60 years before she passed away in 2010. They had 3 children a son and two daughters,

Who recall happy summers spent in Shady Maples Bungalow Colony which was owned by his parents.

Rocky’s namesake uncle Rocco introduced him to the world of camping, fishing and shooting in upstate New York. His uncle brought the entire Borello family to the Catskill Mountains and Rocky’s Dad loved it so much he bought forty acres there and later purchased more land. From these experiences Rocky developed a love for the outdoors.

In Statin Island he joined the Richmond Borough Gun Club. He became an expert target shooter and hand loaded his own ammunition. He won numerous awards and medals and was arguably one of the best competition shooters in the country. He also became an NRA safety instructor, working with anyone but especially young people who wanted to obtain hunting licenses.

When Rocky was a child he would get on his tricycle and peddle down the block. He would tell his mother. “Mom, some day I’m going to go far, far away!” His mom would tell him not to say that; however in early August of 1966 he packed up his family and moved far, far away to Coeur d’ Alene Idaho. He had always dreamed of moving to the West; he dreamed of the freedom he didn’t have in New York State; he dreamed of owning, carrying and shooting firearms without the restrictions New York had. He dreamed of the magnificent western scenery, mountains, lakes and big trees. He loved big trees. He found his dream in North Idaho 52 years ago.

Each year Rocky and his Son Rick, would hunt for weeks: hunting the states of Idaho, Montana, Wyoming, Utah and Washington. They would hunt for white tail deer, mule deer, elk, moose, antelope and bear.  The family lived on venison all year long, eating little beef and preferring venison. In 2011 at the age of 85, Rocky drew a moose permit and took a bull moose. He was maybe the eldest person in the county that year to harvest a bull moose.

Back East he had taken his family to Quebec, Canada on vacation where they would fish for Rocky’s two favorite fish Northern and walleye pike. Here in Idaho his family enjoyed hunting, fishing, camping and especially picnicking. He was a devoted family man who brought his children and grandchildren on many fishing excursions. He left behind a legacy of love of the outdoors that his family continues.

Rocky was dedicated to a healthy lifestyle, physical fitness and good nutrition, jogging even into his late 80’s and weight lifting. He regularly jogged the bike trail along highway 95 North of Hayden. He had a favorite route on the Centennial trail. He parked near the boat launch at Higgin’s Point, jogged back toward Tony’s restaurant to the top of the hill where the motel was and back.  He continued physical fitness even to the last weeks of his life. He had a strong mind-over-matter philosophy that he demonstrated with his life and behavior. He hit the heavy bag most of his adult life until weeks before his passing and even then still had the form of a boxer. Until days before his death he still had a hand crushing grip. He watched the Iron man races and studied the athletes, routing especially for disabled participants.

Rocky strove for quality in all areas of life. He was a perfectionist. He and his son did everything together. They dreamed of and searched for a ranch to purchase.  After twelve years of finding nothing that fit their expectations, they finally stepped on to a three hundred thirty-five acre piece of property and instantly knew it was the place they dreamed of. Forty years later they still believed it is one of the prettiest places this side of heaven.

Likewise in Business Rocky was quality-minded. Since 1969 he took his mechanical aptitude and his machinist experience and opened a welding alloy supply company. He created his own brand of welding alloy. He distributed the highest quality welding alloy in the world. He supplied much of the United States. His son Rick gave up a civil engineering career to go into business with his dad. He took great pride in what he did, it had to be the best. He believed in quality, comfort and safety. His product was easy for the beginner or experienced welder to use.

He spent much of his free time at gun shows where he made good friends. He was one of the foremost authorities on classic guns in the Inland Empire. In the 1950’s he worked with famed outdoor writer Warren Page in developing a hand load called “Wildcat” hand loads. He was a mentor for the Inland Wildlife Council and volunteered at the Big Horn Sports and Recreation Show.

He loved loud, fast and classic cars. He loved boats, from classics to hydroplanes. It was a tradition for him and his son to go the New York City Boat Show and when he moved to Cd’A he continued the tradition by bringing his grandkids to the Spokane Boat Show. He had a Sea-Ray jet boat with a 455 Oldsmobile engine. He souped it up so it would accelerate quickly, run faster and it was loved. He hadn’t had it in the water for some years but if it had been, it would probably would have been the loudest boat on the lake.

He souped-up his model trains, installing extra-large motors. They were more powerful and ran faster. On occasion he would have tug-of-war contests to see which of his locomotives was the most powerful.

In the 1980’s he had a 1950 almost-metallic-green model 88 Oldsmobile. He would race other fast cars. He put on Hollywood mufflers so it would sound as loud as possible. In his eighties he had a vintage 1970 white Eldorado Cadillac. He beefed up the muffler on this car as well. Later he took them off because they hurt his ears.

Rocky had a straight-forward, tell-it-like-it-is personality. He also had a wonderful sense of humor. He could be comical even when he wasn’t trying to be. Even at the hospital with his recent illness he would joke with the nurses and doctors. He was a great story-teller and would tell and retell stories about the family from long ago or yesterday. He made the tales hilarious with his facial expressions and sound effects.  If there was a party, he was the life of it. He loved life and loved to make people laugh. He reveled in making good times for his family. He never turned away a family member in need and was a faithful provider. He was a fighter embodying the words True Grit. He never quit on anything. He gave us many gifts but he taught us most, that life is precious.  He accepted Christ as his Savior and said Jesus was his best friend.

We will treasure all the special family times that were so important to him. He related to each family member their value and made a point to always show concern for their well-being. He often expressed his love. He treated his 3 grandchildren like his own children and was especially close to his great grandchildren as well. He became a proud great-great grandfather in November.

He was known to often quote these “grandpa-isms”. “You’re lucky you’re looking at me,” “Some guys don’t make that grade,” “We’ll shoot notes,” “Take it with a grain of salt,” and “I’ve never had a pain in my life!”

He was preceded in Death by his Mother and Father, his older brothers Tony and Frank Borello and sister Nettie. His daughter Alice Marmon and his beloved wife Rose.

He is survived by his son Ricky Borello, daughter Joan Jennings and husband Phil, grandchildren Brenda Cook and husband Scott, Tony Marmon and wife Gwen and Clara Jennings. He leaves behind great grandchildren Vincent Marmon and wife Shianne, Zachary Cook and great-great granddaughter Brynlee Marmon. Who all live in the Coeur d’ Alene and surrounding areas. He also leaves many Nieces, Nephews and Cousins in New York and Florida.

He asked us to remember Him always.

Father, Brother, Uncle, Husband, Grandpa, Friend, we will never forget you. We can’t wait to see you again!

But they that wait upon the Lord shall renew their strength; they shall mount up with wings as eagles; they shall run and not be weary; and they shall walk, and not faint.

Days before He passed on January 23rd he told us. “The love for my family will remain forever.”

To order memorial trees or send flowers to the family in memory of Richard Borello, please visit our flower store.