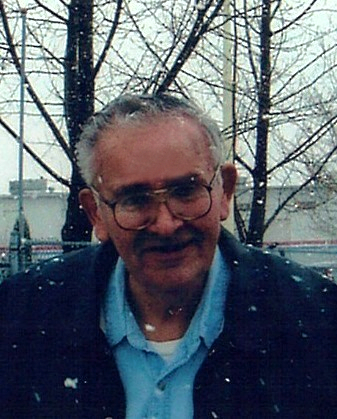 Richard W. Tomke passed away after a brief illness on February 15th, 2020 in Coeur d'Alene, Idaho. He was born in 1931 in San Francisco, California.

Richard spent the majority of his life there, holding jobs where he could do what he enjoyed most - being outdoors. He chose 'Communications' while serving in the Army during the Korean War, again, so he could work outdoors.

After retiring Richard moved to Hidden Valley Lake, California. Where he fully embraced the outdoors - walking his dogs, and building friendships. Locals frequently waved back to him in passing, that red Ben Davis shirt recognizable from afar!

His avid love of animals was eclipsed, perhaps, only by his love sports, especially baseball. He also enjoyed hiking in the Sierras with friends, the ocean, all types of music, and traveling both throughout the U.S. and Europe.

Later, he made his home in Post Falls, Idaho where he never met a stranger. He was known for his arias and his antics. He kept everyone on their toes and always smiling. Richard took special pride and pleasure in his camaraderie with fellow servicemen in his community.

Richard is survived by his nephew, Joe Lazio of Santa Rosa, California and is niece Jeanne Williamson of Penrose, Colorado and innumerable friends from the Pacific NW to the Bay area. He was a generous, kind, good-hearted man who will live forever in the hearts of all who knew him.

To order memorial trees or send flowers to the family in memory of Richard Tomke, please visit our flower store.