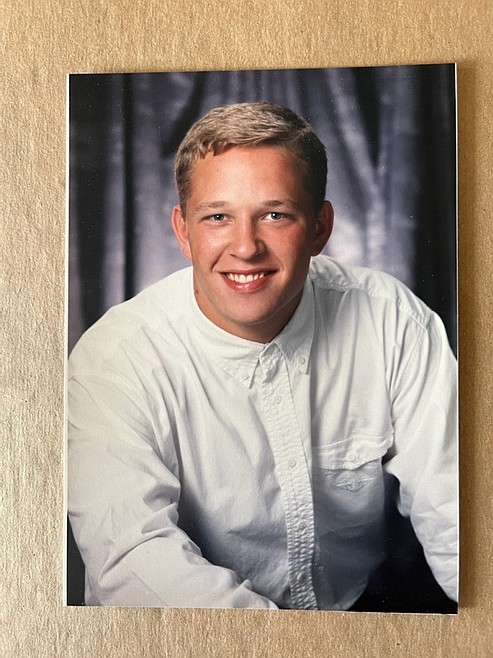 Robert (Bobby) William Andrew Simpson joined his Heavenly Father on the 20th of April, 2022, at the age of 46.

Bobby was born in Coeur d'Alene, Idaho, and raised in Clarkston, Wash., and later lived in Athol, Idaho. Bobby’s most cherished memories included his childhood in Rathdrum with his many cousins, and playing high school football for the Clarkston Bantams. He loved the Green Bay Packers, and enjoyed his time as a cheesemaker at Saputo, Wis., where he excelled due to his strong work ethic and ability to quickly connect with new people. Bobby loved having a good time with friends and family, and could make a friend in a moment’s notice.

Above all else, Bobby was a believer in Christ and a devoted Christian. He developed his love for Jesus at the Altar Church in Coeur d'Alene, where he worshipped. Because of Bobby’s strong love of Jesus, his family knows that he is at peace in heaven with his grandpa Bob now, singing Johnny Cash songs.

Bobby is survived by his loving mother Barbara Simpson Brunette and his stepfather Mike Brunette of Spirit Lake, Idaho. He is also survived by his grandmother Donna Myers on his mother's side, his former stepdad Bruce Babino, his sister Cassandra Groseclose, his nephew Henry and his niece Eleanor, who loved and adored him, his stepbrother Michael Brunette and stepsister Michelle LuMaye of Green Bay, and countless aunts, uncles and cousins. Bobby is gone too soon, but will be remembered with love forever.

Funeral services will be held at the English Funeral Chapel in Post Falls, Idaho, May 7 at 2 p.m. In lieu of flowers, the family is requesting donations to Double J Dog Ranch in Hauser Lake, Idaho, as a remembrance of Bobby’s love for animals.