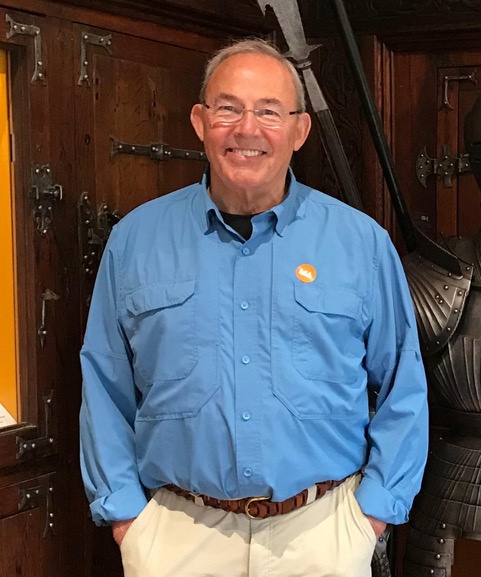 Robert L. (Bob) Davis, of Priest Lake, Idaho, 78, loving husband, father, and grandfather, passed away on August 12, 2021.  Bob was born on March 6, 1943, in Yakima, Washington, where he met his wife, Sharon, and they married in 1966.   He is survived by his wife, Sharon, daughter Tracie (Michael) Szybnski, three granddaughters, Sidny, Morgan and Hanna, of Priest Lake, one brother, George Davis of Houston, Texas, and several nieces and nephews.

Bob served in the United States Marine Corps Reserve from 1963 through 1969.  He graduated from Central Washington University with a degree in Economics in 1969 and had a career in banking both in Portland and Pendleton, Oregon from 1970 until 1983, when he and Sharon moved to Priest Lake and purchased Elkins Resort.  The resort is now operated by his daughter Tracie and her husband, Michael Szybnski.  Bob worked with many charitable and civic organizations, including Priest Lake Chamber of Commerce, People Helping People, and the snowmobile groomer committee.  He developed many life-long friendships, as he was outgoing and friendly to everyone he met.

Their love of hiking and backpacking lead them into the beautiful back country of Priest Lake over the years.  Bob dearly loved his family and granddaughters and spent time with them boating, snowmobiling, hiking, camping, skiing and teaching them fishing and target practice.  Bob was the granddaughters’ online school coach, teaching history and math for several years.   Bob and Sharon had many outdoor and travel adventures, both in the United States and internationally.  His smile, dry wit and sparkling sense of humor will forever be missed.

In lieu of flowers, memorial gifts can be made to Priest Lake Memory Garden, North Idaho Hospice or Priest Lake EMT.

To order memorial trees or send flowers to the family in memory of Robert Davis, please visit our flower store.