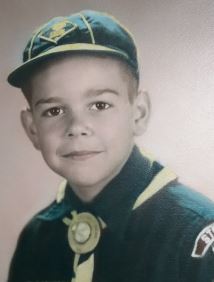 Bob was born at Chanute Air force Base, Illinois to Patricia (Johnson) and Richard Fisher on January 18, 1952.

Bob grew up in Northern California and enjoyed anything outdoors such as: fishing, boating and motorcycle riding. He also enjoyed playing pool, bowling and football.

Bob enlisted in the Army in 1971 served for almost 15 years. He was stationed overseas in Germany and various bases in the United States. He was honorably discharged and was awarded The National Defense Service Medal and a Good Conduct Medal.

After his time in the service, Bob attended some college in Montana and then became a truck driver.

In his later years, Bob settled in North Idaho and then eventually became a resident of Ivy Court in 2013. A special thanks to the staff of Ivy Court for their care over the years.

To order memorial trees or send flowers to the family in memory of Robert Fisher, please visit our flower store.
Send a Sympathy Card