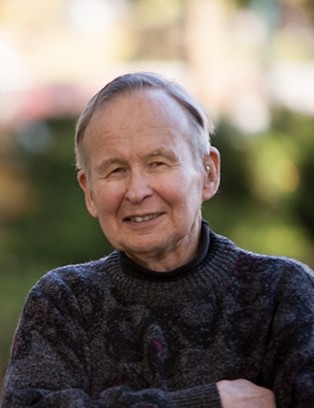 Bob graduated from Coeur d'Alene High school and was forever a Viking. He was employed by the Rutledge sawmill along with numerous other jobs. He had many interests which included cars (mainly old ones), rescue pets, fishing and skiing. If you know Bob, you also know he had an intriguing love for The Young and the Restless. Fixing things, most anything, came pretty easily to him. You could be sure there would be a couple of dogs around. Rescuing dogs was a natural for Bob. Fishing and skiing were family endeavors. Especially skiing. He learned to ski when you had to "Ski like Stein" and he did. Lake Pend Oreille was the favored lake for Bob and his dad to fish, in a 14 foot aluminum boat. That's brave. He loved music and dancing, when he got the chance. He also tried golf with Barbara and stepsons Chris and Jacob. The score keeping was suspect, but it was always fun. Bob is survived by his wife Barbara, Stepsons Jacob Watkins, Chris Watkins, Sister and brother-in-law Helen and Hank Schmidt, Nephews David Richards (Kali) , John Richards (Kelly), grand nieces Willow and Mackenzie, grand nephew Colin. Cousins Pat Clark (Carol), Cindy Luerkins (Chuck), Creggie Henderson, Andy Salisbury (Mona), Jim Holland (Sally), Terry, Danny and Peter Isaacson, Aunt Helen Salisbury-Gross.

To order memorial trees or send flowers to the family in memory of Robert Holland Jr., please visit our flower store.
Send a Sympathy Card