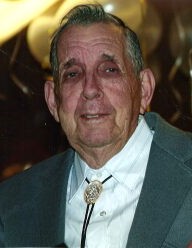 Bob entered into the Newman family on April 24, 1936, in Ridge View, South Dakota. He left this world on April 20, 2020, just 4 days short of his 84th birthday. Bob was the seventh child born to Norvald Newman Sr. and Eunice Edmonds Newman. Norvald worked as a foreman for the Milwaukee Railroad. Because of his father’s employment, Bob’s younger years were spent moving frequently around S. Dakota, N. Dakota, and Montana. The family was never in one place for more than 18 months, and sometimes they moved twice in a year. Bob started school in the 1st Grade in Terry, Montana, and finished school in Kalispell, Montana. There were many schools, friends, and towns in between.

As a young adult, Bob started his career working in sawmills in and around Kalispell and Troy, Montana. He left Kalispell to join the Army in 1959, but he had been hurt in an accident at one of the mills where he worked and was rejected by the military. Returning to Kalispell, Bob decided to change careers. He joined his brother in Glasgow, Montana, where he started with the International Brotherhood of Electrical Workers, (IBEW). He took a break from electrical work to manage a cattle ranch at Warrick, Montana, and a short stint working in a sawmill in Weippe, Idaho. Soon enough, though, he went back to the electrical transmission line construction. In July 1976 Bob went to work directly for Kootenai Electric Cooperative, from where he retired. On the first day of hunting season of the year, he retired. The union called him to go back to work. Everyone knows you don’t mess up hunting season. As a result of the callback, Bob worked another ten years building electrical lines. When he next retired he was honored as a 50 year member of the union.

Bob was a family man. His family always came first. He loved hunting and fishing, and always took care to show his children the safe side of life. Bob was a charter member of both the Post Falls Historical Society and Peace Lutheran Church. He was a Captain in the Post Falls Volunteer Fire Department and Emergency Medical Technician for the Post Falls Volunteer Ambulance Service. He was involved in all his children’s sports; baseball, football, wrestling, boxing, volleyball, soccer, girls’ basketball, and very involved with his church family. Bob could and did do anything that needed to be done, without being asked. If it needed done, he was the man to do it.

A special “Thank You’ goes to Dr. Larry Gibbon and his staff. Without their loving care, I know in my heart that I would not have had my precious Bob for as long as I did.

Thank you, Pastor Jon, and our wonderful church family at Peace Lutheran Church. Thank you for all the prayers and thoughtful things that you have done for our family.

To my wonderful family, neighbors and friends: Thank you for always being there for us.

Thank you to English Funeral Chapel of Post Falls, Idaho.

To order memorial trees or send flowers to the family in memory of Robert Newman, please visit our flower store.
Send a Sympathy Card