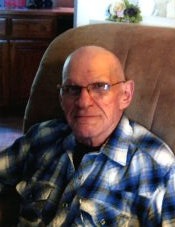 Robert (Bob) Scott was born in 1934 in New Underwood, South Dakota to LeRoy and Elva Scott.

At the age of two, the family moved to Duthie, Idaho where his father worked at Jack Waite Mine. When Bob grew up he also worked at the mine until he was drafted into the Army. His job there was as a truck driver. After being honorably discharged from the service he worked in the mines once again, and then went back to driving trucks, long hauling and hauling logs, where then he retired at the age of 81.

Bob met Elaine Opland who had four children Mike, Scott, Tom, and Lori. He also had two boys Michael and Raymond. In 1966 Bob and Elaine were married on the first day of spring.

Bob loved to go four-wheeling with his brother Don as well with family and friends. He particularly treasured the rides with his granddaughter, Ashley especially in the mountains and old logging roads to and from camp to the old Jack Waite Mine.

Bob was preceded in death by parents; LeRoy and Elva Scott, brothers; Lawrence, Raymond, and Don, son Raymond, as well as his granddaughter Alecia Flom.

He requested no services. Though, a celebration of life will be at a later time.

In lieu of flowers please make donations to a cancer center of your choice.

To order memorial trees or send flowers to the family in memory of Robert Scott, please visit our flower store.
Send a Sympathy Card