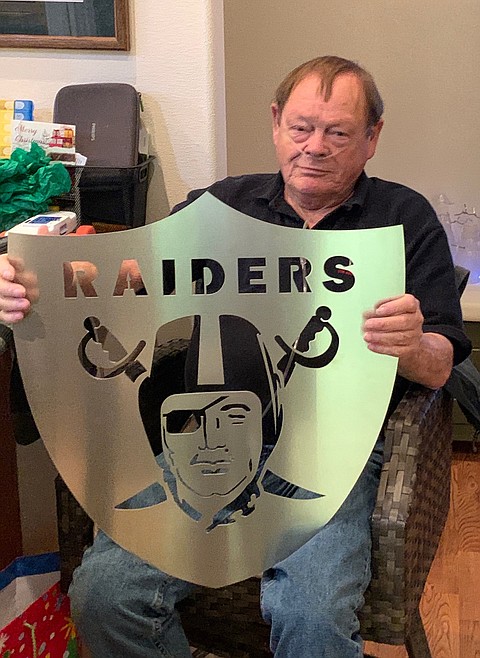 Bob was born Jan. 8, 1943, in Kellogg, Idaho. His parents, Bob and Dorothy Shafer, owned and operated Bob’s Tavern in Smelterville. The family also lived in the Spokane Valley (Wash.) before settling in Coeur d’Alene in the early 1950s.

Bob attended Harding School and graduated from Coeur d’Alene High School in 1962. He developed a love of cars early on. With the help of his dad he acquired his first and favorite car, a 1934 Ford sedan, when he was only 13 years old. This $50 investment was the beginning of a lifelong passion for street rods. He forged many important friendships through this hobby, and these relationships continued throughout his life. He also co-owned and operated Shafer Heating for many years.

Family, street rods and the Oakland Raiders were the three things that brought Bob the most joy in his life. He loved spending time with his grandchildren, who all enjoyed special relationships with him. He was patient, kind and caring with everyone in his life. He enjoyed sharing his love for the Indy 500 with many friends and family and was a longtime ticket holder for the event.

Bob is survived by his wife of 32 years, Vicki (Bening) Shafer; also, his daughter, Christine Shafer of Rathdrum; two stepsons: Joel Odenthal of Wasilla, Alaska, and David Odenthal of Coeur d’Alene. His brother, friend and business partner, Don Shafer, along with a half-brother, James Schaffer of Tacoma, Wash. also survive him. Another half-brother, Bill Shaffer of Boise, preceded him in death. Bob also has five grandchildren: Tyler and Conner Shafer, Alex Odenthal and Quinton and Cariera Odenthal. He is also mourned by many nieces and nephews.

A Celebration of Bob’s life will be held this Saturday (August 15th) at 1:00 pm at English Funeral Chapel, Coeur d'Alene.   Those attending are asked to wear face coverings and to drive their Hot Rods if possible.

Bob’s service will be lived streamed via Facebook Live.  Visit English Funeral Chapels Facebook Page and the broadcast will start approximately 5 minutes before the service.

Your browser does not support this video format. You should be able to view it in Chrome, Safari or Internet Explorer.
To order memorial trees or send flowers to the family in memory of Robert Shafer, please visit our flower store.
Send a Sympathy Card