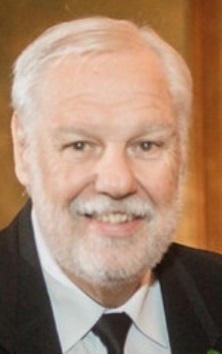 Robert “Bob” Sanfilippo, 68, of Jamestown, New York passed away at home on June 20, 2019 from complications of kidney failure.

Born in Jamestown, New York, his parents Eva and Joseph Sanfilippo moved to Burbank California with their three sons when Bob was 1. Bob was the youngest of the three sons. Bob graduated from Burbank High School and the University of California Irvine. He opened and ran a tax and financial planning practice in Fountain Valley, California for 30 years. Following his official retirement, he and his wife followed his coworker and extended family to Post Falls. He was amazed by the beauty of North Idaho and would sit for hours on his back deck and watch others enjoy the Spokane River as they floated by, or as they cast a line in the water. If you floated by, he was the one sitting on his “perch” waving as you passed. When asked by his Southern California friends, “Why Post Falls?” He would smile and tell them of his church home at St George Catholic Church, the friends he had from Knights of Columbus, the way an osprey hovers as it fishes, or the Idaho night sky which is filled with brilliant stars. “North Idaho is where God lives” he would say.

Bob is best remembered for his strong work ethic, his dry humor, and his deep and quiet love for his family. He is survived by his wife of 35 years, Linda and two sons; Brian, a certified substance abuse counselor living in Jefferson City, Missouri and Ian, a Firefighter-Paramedic living in McKinney, Texas. He was blessed to have a beautiful daughter in law, Alexandra, added to the family May of 2017.

In lieu of flowers, donations to Idaho Disaster Dogs or Guns and Hoses of North Texas will be gratefully appreciated.

To order memorial trees or send flowers to the family in memory of Robert "Bob" Sanfilippo, please visit our flower store.