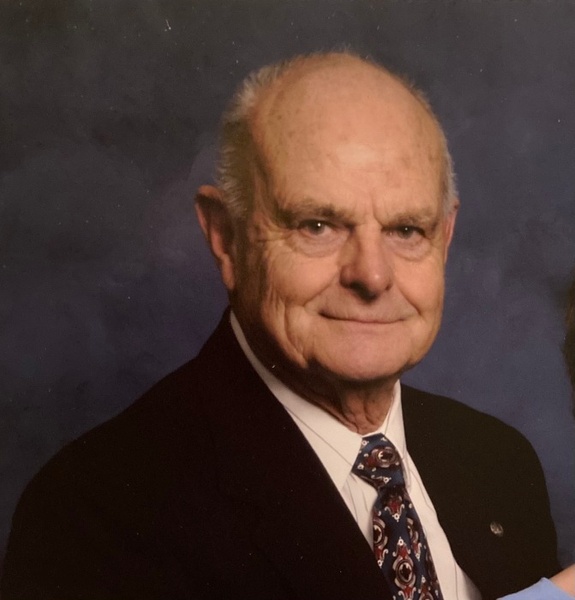 Our beloved father, husband, grandfather, and great-grandfather passed away peacefully on February 10, 2021. Rollin Peterson, 89, was born in New Douglas, Illinois, December 7, 1931. He was raised outside of New Douglas on one of the Peterson's farms.


Rollin joined the United States Navy in 1951 and served during the Korean War. His naval career took him around the Pacific and Atlantic on the USS Pittsburgh (small battle wagon) as a Boiler Operator. While in the navy, he married the love of his life, Donna, on June 26th, 1954.

Rollin and Donna were friends from church in Hartford, IL until she and her girlfriends threw a welcome home party for Rollin and his friend when they returned home from boot camp. That night Rollin took Donna to Bendal, IL to a dance hall where Rollin first asked Donna to be his girlfriend. They were blessed with 62 years of marriage.  Rollin and Donna moved to Spokane, WA from San Diego, CA when he got out of the Navy in 1955. In 1961, they moved to Medical Lake, WA where they raised their family. December 2000, they moved to Rathdrum, ID where they spent the last 16 years enjoying their retirement and each other’s company.

Rollin retired from FAFB as a Steam Fitter (Civil Service Worker) after 41 years. During his time as a steam fitter on FAFB he was awarded the Medal of Valor for saving a co-worker (and friend's) life from a ditch that caved in. While he was working as a steam fitter, he went to Shemya Airforce Base in Shemya, Alaska for a year to return at FAFB to retire.

Rollin lived to hunt and hunted to live. There wasn't a weekend that went by that he wasn't hunting, fishing, or camping with his family.

He was preceded in death by his parents Freeland and Bessie Peterson, his wife Donna Peterson, son Randal Peterson, two brothers Eugene Pete​rson and Luther Peterson.

To order memorial trees or send flowers to the family in memory of Rollin Peterson, please visit our flower store.