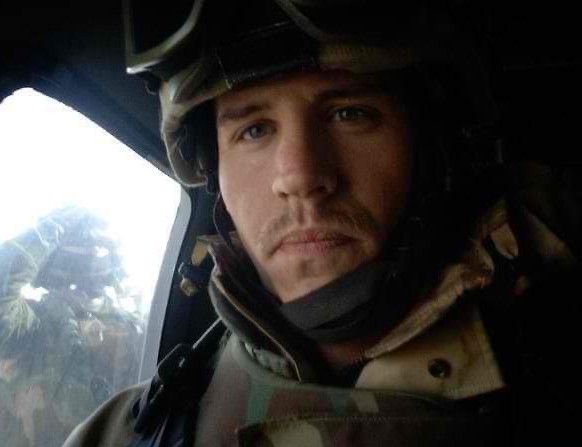 Denny signed up to serve his country with the Army National Guard in 2004, and was honorably discharged in 2011. During this time, he served two tours of duty, first in Iraq and then Kuwait, as a combat engineer.

Despite having had a difficult and tumultuous childhood and subsequent struggles as a youth and young adult, Denny was able to overcome as he continued his education while in service to our country.

Shortly after his discharge, he went to work as a quality control engineer. He eventually became lead staff engineer for a major company that deals in maintaining and facilitating all aspects of quality control in the areas of aviation, defense, space, medical devices, transportation and energy. This work enabled him to travel the world, supervising electronic assembly inspections in many countries. He had become quite a sophisticated and seasoned traveler. Not only did he earn a successful career, but he also raised and loved his son, Knoxx, as a single father. We are so very proud of him for these life achievements.

Denny is a loving father, son, brother and uncle, as well as beloved friend to countless people. He was very affable, kind, friendly, quick to forgive, and was always on hand to offer cheer and comfort to a despondent soul with his perpetually positive attitude and delightful sense of humor.

One would never know what childhood or wartime darkness he’d experienced by his always up-beat personality. This cheerful, fun-loving manner belied a deep intelligence, which served him well, both in the military and throughout his career. Like the famous pastry jingle, it was often said of him, “Nobody doesn’t like Denny.”

Denny was very athletic and loved sports of all kinds. He was known to have “spring-loaded legs.” He had great running speed, which made him a valuable asset to the Prairie Grove High School football team, and was a formidable basketball opponent. He liked fast cars and motorcycles, especially his beloved Harley-Davidson. He also took great pleasure in sharing his love of music with others.

Denny was very humble about his service to our country. He often reminded himself that he was a soldier, especially when facing difficulty, but did so in his own humorous and tongue-in-cheek fashion.

You are a soldier, Denny. A brave and beloved soldier who will be missed terribly by all. Until we meet again in a joyful reunion on the other side of the veil, know that you will never be forgotten and will always be loved.

“There is a place called heaven where the good here unfinished is completed; and where the stories unwritten, and the hopes unfulfilled, are continued. We may laugh together yet.”

Military funeral honors and inurnment will be conducted at the Washington State Veterans Cemetery and will be followed by a celebration of life.

Due to ongoing pandemic restrictions, participation in these services is by invitation only. We appreciate everyone’s understanding.

To order memorial trees or send flowers to the family in memory of Ronald Metcalf-Curry, please visit our flower store.
Send a Sympathy Card