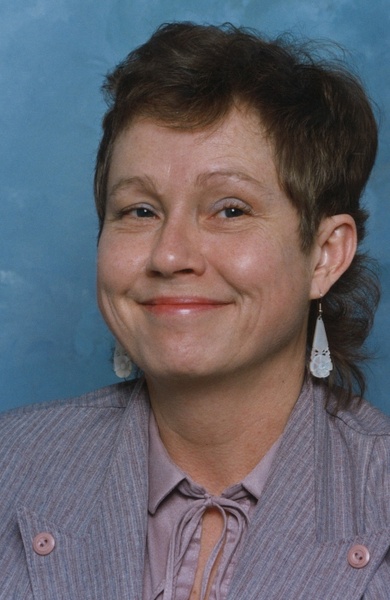 Sally Jo Olson, 73, of Hayden, Idaho, passed away in her home on May 31, 2019.  Sally was born April 3, 1946 to James Forrest and Olive Loraine Olson.  She grew up in Pullman, WA on her family’s farm.  In her younger years Sally did the typical things as a farm kid, taking care of the various animals, helping around the house and farm.  Of all the animals they had, the Turkeys were the ones that were the worst.  They would chase her and her sister from the school bus to the house when they would get home from school.  Sally participated in 4H, with various projects from sewing to cooking and canning.  She used her skills from 4H to help her mom cook for the harvest crews and sew her own clothes and beautiful gowns for school dances.  She enjoyed going down to Panawawa to pick peaches for canning.  Her father instilled in her the love and enjoyment of having a large garden, which she almost always had.  Sally enjoyed the dogs that her family had starting with Susie the Boxer.  She continued her love for dogs as she showed them for quite a few years and adopted them from the humane society throughout her life, even as of last year.  She also had fun tobogganing in the fields in the winter and eating the wheat and peas fresh out of the back of the truck during harvest.  Other times of the year she played cards, board games and listened to radio shows.

She graduated from Pullman High School in 1964.  On September 10, 1965 she married Michael J Hatley. They lived in Spokane at that time where she attended the Kelsey Baird Secretary School.  Eventually they made their home on Wawawai Road outside of Pullman, across the road from where she grew up.  They raised 2 daughters, then later divorced in 1979.  She worked at WSU in Holland Library and then as the Graduate Secretary of the English department until 1983 when she moved to Illinois where she met and married Carl Anthony Matherson.  In 1992 she moved back to what she called “God’s County” and settled in Hayden Idaho where she worked at Century Publishing, Western Garnet and 15 years at Edward Jones when she finally retired on her 70th birthday.  Throughout her life she bowled, played softball and coached little league. She continued her interests in cooking, canning, sewing and vegetable gardening (she had the most amazing rose gardens).

Sally Jo was considered the matriarch of the family, she had a love for life, and wisdom beyond her years.  She loved making people smile and her laugh was infectious.  She loved her husband and daughters beyond words.  She was an amazing wife, mother, mother-in-law, daughter, sister, aunt, grandmother, great-grandmother and friend.

To order memorial trees or send flowers to the family in memory of Sally Olson, please visit our flower store.