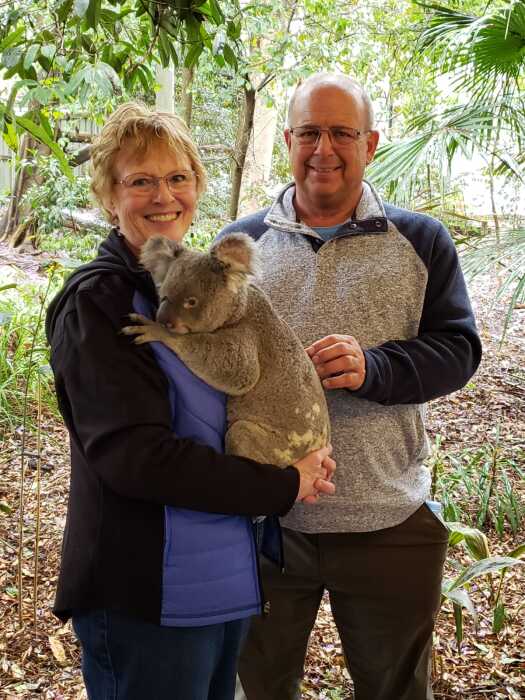 She was born Oct. 25, 1953, in Spokane, Washington to Lynn and Ollie (Hammer) Hoffman she was raised in Post Falls the youngest of five and graduated as Valedictorian of Post Falls High School in 1972. She attended Kinman Business University with an Accounting major. Sandi married her high school sweetheart Donald Strobel on March 23, 1974 and started a family in 1977. She worked at Ross Point Irrigation District as an office manager until it dissolved in 1995. Sandi then worked for Kootenai County as the lead payroll clerk from 1999 until she retired in 2014. She loved ATVing, camping, and traveling with her highlight trip to Australia and New Zealand in 2019. Most of all she loved being a grandma to her six grandchildren Travis, Logan, and Camden Strobel and Kendel, Emily and Grayson Lewis. Sandi put everyone before herself and found no faults in anyone.

She is survived by her husband Donald of 47 years, Jason (Sarah) Strobel, Heidi (Christopher) Lewis, brother Elmer Hoffman and numerous nieces and nephews. She was proceeded in death by her parents and three brothers Dale, Robert, and Casper.

There will be a celebration of life service held at 11 a.m. to 1 p.m. Saturday, Jan. 29, 2022, at the Lake City Center in Coeur D’ Alene; 1916 North Lakewood Drive. In lieu of flowers, donations can be made in Sandi’s name to Schneidmiller Hospice House or The Rose Lake Historical Society 14917 S Queen Street, Cataldo, 83810.

To order memorial trees or send flowers to the family in memory of Sandra Strobel, please visit our flower store.
Send a Sympathy Card