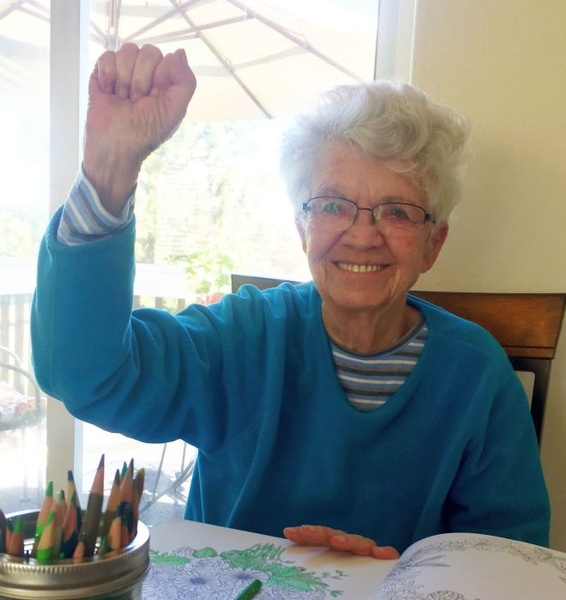 Sara was born on November 10, 1932 to Mr and Mrs. Earl Turner Anderson. She was the second of seven children and was named after her two aunts who were present at her birth.

Sara earned her nursing cap in 1952 and served at several different hospitals during her career. Later she earned a Bachelor’s Degree in Nursing and became the Director of Nursing at a large hospital in Bakersfield, California.

She married James Lowery in 1954 and had three children: Michael, Joseph, and Candace.

She was preceded in death by her son, Joseph in 1998 and her husband, James in 2016. Sara is survived by two children, seven grand children and two great grand children.

Sara and her husband James both retired in 1997 and achieved their retirement dream by moving north to Coeur d’Alene soon after.

Sara passed away on Sunday, September 15 at 2:55 am of natural causes after a long illness.

She loved to make people laugh and made friends wherever she went. She was dearly loved and will be greatly missed.

To order memorial trees or send flowers to the family in memory of Sara Lowery, please visit our flower store.