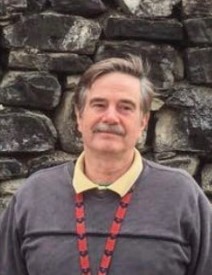 On October 12, 2021 Scott Charles Mitson was called to heaven by his Lord and Savior, after a  battle with cancer.

Scott Charles Mitson  was born October 6th 1955 to Bonnie Jean (O’Coyne) Mitson and Leslie A. Mitson. He is survived by his wife Bonnie, 6 children , 2 brothers, many cousins ,aunts and uncles and his friends whom Scott called family.

Scott went to work for  Hanford from the Department of Defense, where he was stationed at the U.S. Army’s Yuma Proving Ground.  Prior to this, he held engineering and leadership positions in support of numerous complex hazardous operations in the automotive supplemental restraint systems field, earning four patents for advancements in automotive airbag inflator technology at Autoliv.  Scott also worked in the research, development, and manufacture of military and commercial explosives and pyrotechnics ( HMX) and in Safety, Reliability, and Quality Assurance in Space Flight applications for the Ares I and I-X rockets for Alliant Techsystems in Utah, and for Bastion Technologies at NASA’s Marshall Space Flight Center in Huntsville, Alabama. Scott was deeply dedicated to the Hanford cleanup mission since he arrived at the Office of River Protection in 2014.  As a qualified General Engineer and NQA-1 Lead Auditor with the Quality Assurance Division, he was a hardworking, caring person who will be missed by all who were lucky enough to serve with him.

Scott was an adventurous soul who loved rock hounding and hikes that ventured off the beaten path. He enjoyed playing  different instruments, that he used to minister to those around him. Scott’s family and his Christian faith were two of the most important things in his life.  While he was a quiet person, he was someone who you could count on and reach out to for help on a project, advice about a problem, or just to talk.

He had a passion for music, He loved playing his violin with his church worship team and the trumpet for the  CDA Perfection Knots Band.  He was a member of the American Society for Quality Control, the Grange, North Idaho Rock and Gem Club. Scott served over 25 years as an AWANA Leader. Scott  was a Boy Scout leader in Utah, Idaho, Alabama  and had a passion for VBS. Scott decorated and drove the parade float for the Winton Elementary School children’s choir.

A Viewing will be held October 21st from noon to 2:00 pm at English Funeral Chapel  1133 N. 4th  Coeur d Alene, Idaho with Graveside service to follow at 2:00 pm at Riverview Cemetery in Coeur d' Alene.

To order memorial trees or send flowers to the family in memory of Scott Mitson, please visit our flower store.
Send a Sympathy Card