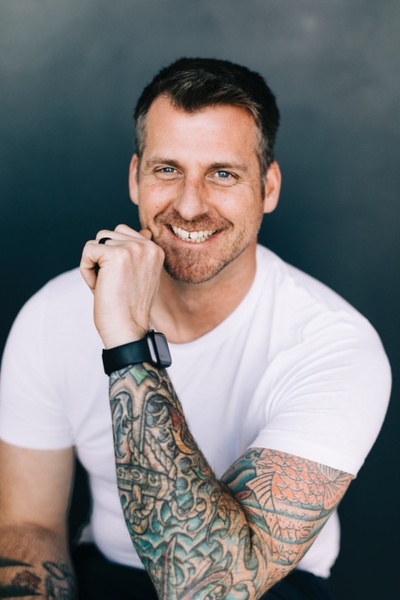 At age five his family moved to San Diego, CA.  As he grew, his love of the ocean, natural athleticism, blond hair and blue eyes made him the quintessential California “surfer dude”.  He competed in multiple surfing events.  When Shane wasn’t surfing, he could be found skateboarding.

Shane graduated from Orange Glen High School, Escondido, CA in 1999 and Brooks Graphic Design College, Long Beach, CA in 2002.  He then worked in the print business.

The Pacific NW and its many outdoor attractions drew Shane back to his roots.  He moved here about twenty years ago.  He abandoned surfing for snowboarding and his interests expanded.  He became an avid hunter...especially waterfowl.  He pursued road cycling (100 mile trips) and cycled from Seattle to Portland.  He was passionate about music...he could play every instrument, but preferred guitar and singing.  He played in many bands...most recently Bored with Fire.

When Shane met Kim Ryan she quickly owned his heart.  They married on December 17, 2011.  Kim encouraged, motivated and inspired Shane to personal levels of achievement.  Together they attended Washington State University and graduated in 2013.  From there, they moved to Post Falls, Idaho.  Shane worked for Servatron for seven years and most recently he was a loan officer for Guild Mortgage.

The most beautiful fulfillment of Shane and Kim’s mutual love was the birth of their daughter, Reagan Ryan Devlin, on January 20, 2017. Shane was a dedicated, devoted and doting father.

Shane adored his family and had more friends than he even realized.  They will miss the sheer pleasure of his company and his fun-loving personality.

To order memorial trees or send flowers to the family in memory of Shane Devlin, please visit our flower store.
Send a Sympathy Card