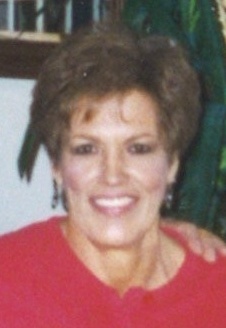 Shirley M. Dean (Reger), 75, passed away on July 14, 2019, at Kootenai Health Center in Coeur D’Alene, ID.  Shirley was born to Austin and Dorothea (Norman) Reger in 1943 in Seattle, WA.  She and her family relocated to Liberty Lake, WA in 1959 when her father was hired as the first golf pro at Liberty Lake Golf Course.  Shirley later graduated from Central Valley High School in 1961 and following school met the father of her children, spending time as an air force wife in Spokane, Montana, Kansas City and California.  She returned to Spokane after having two daughters, going into the family business running the bar and restaurant at Valley View Golf Course.  She retired when the family sold the golf course but for years was friend to many regulars, being the reason so many people paid a visit.  Shirley was a fabulous cook who loved to entertain, and home decorating was also a passion.  She was preceded in death by her parents and her brothers Norm Reger and Dennis Reger.

Shirley is survived by her daughter Lisa Wigen of Cosmopolis, WA, Lisa’s partner Jose Mendoza, Lisa’s son Austin and his partner Tayler, and Lisa’s daughter Brianna Wigen.  She is also survived by her daughter Shelly Dean-Shaw of Tequesta, FL, Shelly’s husband Robert Shaw and their daughter Sophie Shaw.  She was also excited to know that Austin and Tayler were expecting a girl; she was going to become a great grandmother for the first time in October.

Shirley is also survived by her wonderful life partner of 22 years, Edward Luedtke, of Hayden, ID, and his extended family, including his seven children.

To order memorial trees or send flowers to the family in memory of Shirley Dean, please visit our flower store.