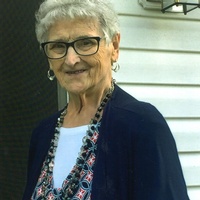 Long time proud and loyal Coeur d’Alene resident Shirley Diane Jones passed away peacefully at Kootenai Medical Center, Monday, December 10th surrendering to a long, courageous battle with Congestive Heart failure. Shirley was born July 20th, 1940 to Burton and Helen Domy, in Waseca, Minnesota. She was the youngest daughter in a family of 8 children. The family moved to Boise Idaho where Shirley spent her teenage years. In 1960 Shirley moved to Coeur d’Alene Idaho where she set up roots and spent the rest of her life.

Coeur d’Alene gave Shirley a strong sense of home. She worked first at Woolworth’s Department Store and then she found her niche as a cook and custodian for the Coeur d’Alene School district. She loved people and her biggest thrill was being around the children at school. She formed many long lasting relationships during her time with the school district. Once she retired from the school district she worked in her daughter's classrooms as a volunteer for over 20 years. She was a member of Christ the King Lutheran Church in Coeur d’Alene. The Leaders and congregation of Christ the King were family to her and gave her great comfort and support throughout her life.

Shirley had many hobbies. She bowled as often as she could, enjoyed playing Bunco with her friends, put puzzles together like no one else, decorated her home for every holiday, watched game shows on television, worked in her yard, baked delicious desserts, babysat children whom she always thought of as grandchildren, and her most favorite past time was hanging out with her “Adopted” granddaughter Grace. Grace was a shining light for Shirley.

Shirley was preceded in death by her son Kenneth (at age 5 months) and her youngest child Thomas (at age 44) who was a beacon for her always, her parents, and 6 of her siblings. She is survived by her daughter, Kathryn (Kathy) Jones of Coeur d’Alene and sister Jill Domy of Boise, and many nieces and nephews.

English Funeral Chapel and Crematory has been entrusted with the care of final arrangements. Please visit Shirley’s memorial at www.englishfuneralchapel.com.

In Lieu of flowers Kathy requests any donations be made to The Cystic Fibrosis Foundation or to Hospice of North Idaho.

Christ the King Lutheran Church
To order memorial trees or send flowers to the family in memory of Shirley Jones, please visit our flower store.
Send a Sympathy Card