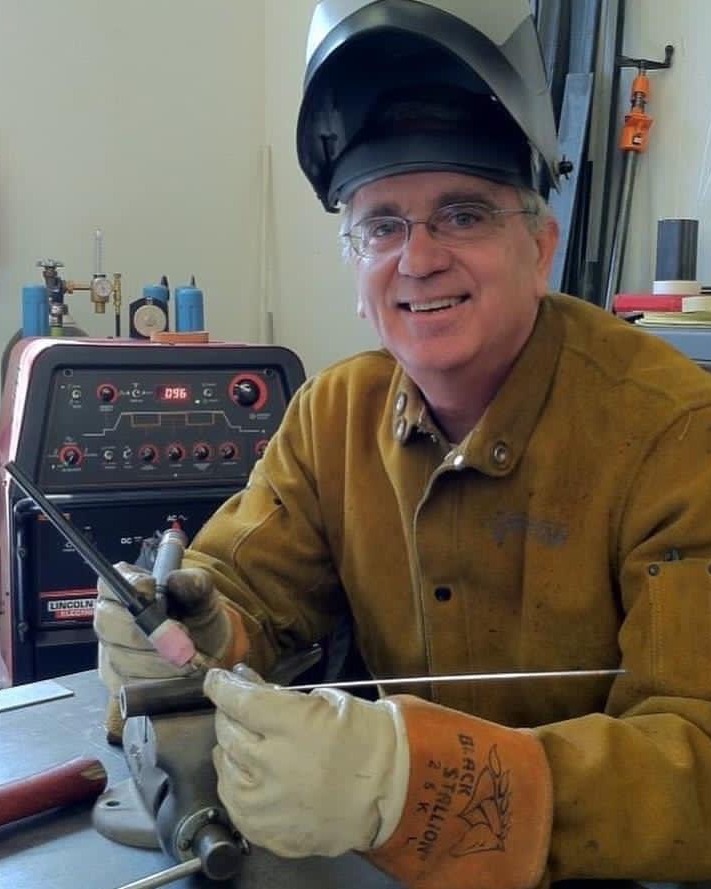 Steve went home to be with the Lord on July 20, 2022 after losing his hard fought battle with cancer.
He was born October 1, 1953 in Caribou, Maine and was the oldest of four children.
On October 16, 1976 Steve married Sally, the love of his life, and they were married for 45 years. They lived in Kirkland, Wa from 1976 to 2001 during which time they were blessed with three amazing sons, Scott, Joe and Gary. In 2001 Steve and Sally moved to Rathdrum, Idaho where they carved out their own piece of paradise on 5 acres and had their forever home built. The acreage and large shop provided Steve the room to pursue his passions for woodworking, welding, fabricating, restoring a 1948 Ford pickup for Sally, working the property with his pride and joy 50hp Kioti tractor and to create his YouTube channel “Idaho Fabricator” to keep his followers updated on the progress he was making on his 1953 Chevy pickup restoration. A phenomenal project cut short by his passing.
Steves greatest joy, love and pride came from loving his family. His son Scott and granddaughter Emily, his son Joe and granddaughters Hallie, Brookelynn, Lauryn and Reagan and son Gary, daughter-in-law Sarah, granddaughters Natalie and Haley and grandsons Gunner and Graham.
Steve also leaves behind his two sisters, Mary and Lori and brother Dan who he was so close to and treasured.
Steve was a true friend to many and never hesitated to drop everything to be there if they needed help or advice. He was a 100% “24 inch on center” kind of a guy.
He is sorely missed by all who knew and loved him, but we will see him again where he will be waiting with a huge smile and open arms.
To order memorial trees or send flowers to the family in memory of Steven Leo Hicks, please visit our flower store.
Send a Sympathy Card