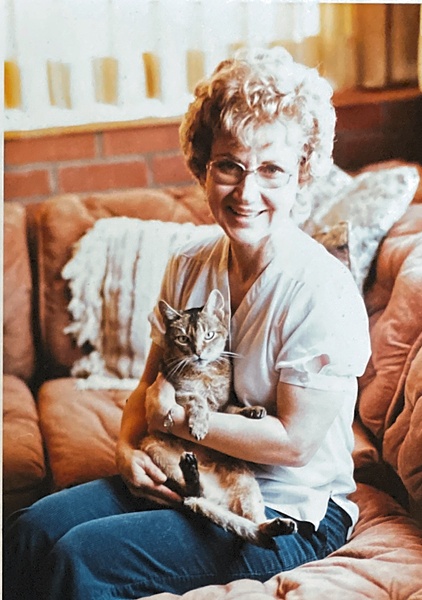 When Sue was very young, her parents chose to move their family to the then small town of El Cajon near San Diego, Calif. Sue had two older brothers, William (Bill) and David (Dave) Carmen. She and brother Dave were closest in age and so they spent a good deal of time together growing up. Dave was a typical rascal of a boy, a regular Huck Finn. Sue was a self admitted tomboy and they had great fun together and were very close. In the early 1950s the cities surrounding San Diego were small and rural so there were many places to explore and find fun things to do — like riding horses and catching fish. Being a tomboy, Sue had a bit of an awkward time with adolescence, but by the time she graduated from high school the caterpillar had become a butterfly.

Sue was introduced to her first husband Larry Patton by one of her high school friends. Son Rick, or "Ricky," was quick to arrive and daughter Julie two years later. Soon after Julie's arrival, Larry and Sue chose to move their family to northern Idaho, where Larry had been raised and his family still resided.

Larry and Sue settled in Coeur d'Alene, Idaho to raise Rick and Julie in a place of incredible beauty filled with mountains, lakes, streams and numerous outdoor recreational activities which the family enjoyed at every opportunity. Sadly, Larry and Sue parted ways about the time the children were about to finish high school. Fortunately both of them found their perfect match and remarried.

Sue met Gerald (Jerry) Spreen through "Parents without Partners" and the two had so much in common that they were sure to soon be hitched. Jerry had three children of his own — Charlene, Gerald Jr. (Andy) and Sara. The Spreen kids and the Patton kids were the same age so everyone got along very nicely.

Jerry and Sue loved so many of the same things — Their Lord and Master Jesus Christ, each other, their families, long distance motorcycle rides, photography and theater to name a few. They were very involved in the Coeur d'Alene community theater where their family and friends would see them perform in numerous productions to include Mr. and Mrs. Bob Cratchit in the Christmas Carol along with many others. They loved to sing in the church choir and Jerry was also one of the Spokane Melody Singers.

Jerry passed about five years prior to Sue, but the good Lord was kind and brought her to Bestland Senior Living Center where she thoroughly enjoyed her final years with a new family of wonderful people doing wonderful things together. She lived right next to Borah Elementary and had a deck with a view of Canfield and Best mountains, very near the place where she raised her kids and sent them to school.

To order memorial trees or send flowers to the family in memory of Susan Spreen, please visit our flower store.
Send a Sympathy Card