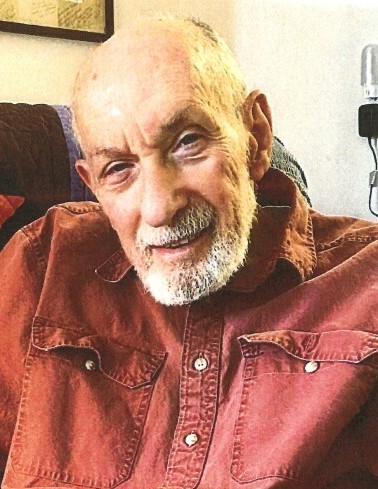 Terry (Frank Terrance) was born on January 26, 1941, in Detroit, MI to Joe and Lorraine Grutta.  He enlisted in the US Navy just prior to his 19th birthday, spending the next 20 years serving distinguishably on numerous overseas tours of duty.  On August 24, 1968, Terry married Lois Ione Kleiber.  Together they raised three sons, Jeff, Joe, and James.  Upon retirement as a Lieutenant, Terry continued his career as a Program Manager for General Dynamics.

Terry and Lois retired to northern Idaho in 1994 homesteading in the Hayden area and eventually settling down in Coeur d’Alene along the Spokane River.   Terry enjoyed a number of hobbies, including making wine and creating stained glass art.  He volunteered for more than 20 years in the Coeur d’Alene community with Habitat for Humanity and the AARP Tax Aide Program.   Terry enjoyed playing games with family and friends and was known for his quick wit and corny jokes.

Terry was preceded in death by his parents Joe and Lorraine.  He is survived by his wife Lois, his three children Jeff, Joe, and James, his eight grandchildren Sophia, Jillian, Karson, Chanel, Holden, Hadley, Finn, and Ellis.  A small celebration of life will be held in his honor at a later date.

To order memorial trees or send flowers to the family in memory of Terry Grutta, please visit our flower store.
Send a Sympathy Card