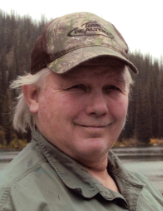 Theodore R. "Ted" Corder, Sr. Age 70, passed away peacefully at his home with his wife by his side on October 10, 2020, after a courageous eight-year battle with cancer.

He was raised in Dallas and at 18, he was drafted into the U.S. Army and served for four years, from 1968 - 1972. At the age of 25, Ted took a “road trip“ and eventually settled in Idaho Falls, Idaho, after falling in love with its fresh air and mountains. It was while living in Idaho Falls that he went to school and became a Licensed Practical Nurse, a profession he engaged in for the next 28 years. While he took various nursing jobs in his career, the one that brought him the greatest joy was taking care of pediatric patients in their homes.

While working as a nurse, Ted would meet another nurse, Shelley, who would catch his eye, and then his heart. Ted and Shelly were married on February 14, 1987, and together would raise four sons. People who knew Ted would soon discover his great sense of humor. He loved going on road trips to discover the United States, mountains. He loved all things sports, but especially basketball. Ted combined his love of sports and children when he umpired baseball games and refereed basketball games for the youth of our area. Ted was a member of the Post Falls Baptist Church, and it was under the preaching of the former pastor, Pastor Bill Hohenstreet, that Ted received Jesus Christ as his Lord and Savior. Ted would involve himself in various church ministries ever since, most notably as an AWANA leader and visitation dinner cook.

Ted loved to share with his Texas buddies stories of his children and their antics, but also of how proud he was of their accomplishments. He loved being a dad and grandfather, often saying how thankful he was to experience the importance of family, both those family members related by blood and his church family as well. In addition to his wife of 33 years, Shelly Andreason Corder, Ted is survived by his four sons, Dustin Landon (Kathy). Trent Landon (Ashley), Theodore "Junior" Corder, Jr., and Gatton Corder. He was grandfather to Jeremy, Marley, and Jackson.

He also leaves behind sisters; Peggy Pyle and Chey Gore, as well as brothers and sisters in law, nieces, and nephews.

He is preceded in death by his parents, William and Sarah “Sally” Corder, and brother Ed Edwards.

To order memorial trees or send flowers to the family in memory of Theodore Corder Sr., please visit our flower store.
Send a Sympathy Card