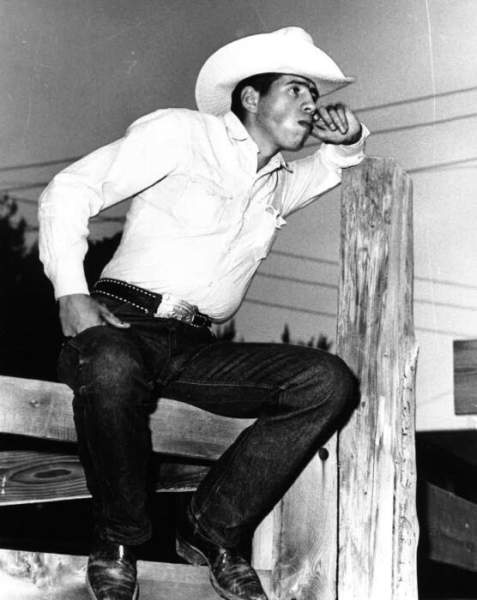 Spud was born December 23, 1941,in Elko Nevada, the second of five children to Thomas P. "Chuck" Kniffin and Lyda Kniffin. Spud passed away on July 24, 2020 at the Schneidmiller Hospice House after enduring many years with dementia.

Spud grew up in southeastern Idaho where his dad worked for the Bureau of Indian affairs in and around Fort Hall Idaho. He graduated from Blackfoot High School in 1962. He married Jacque Shoemaker, his high school sweetheart, in Wolf Point MT on November 20, 1962.

Spud & Jacque made their home in Blackfoot Idaho where their daughter, Kathy Gay, was born on December 16, 1964. During this time he participated in rodeo, riding bulls. We always said bull riders have more guts than brains!

In 1965 the family moved to Elko Nevada where he worked for the Nevada DOT. He obtained his Class C drivers license. He continued to participate in rodeo but gave up bull riding & bought a team roping horse.

In 1975 the family moved to Reno Nevada where he worked for Nevada DOT. He also was a Teamster for a time as well as an Ironworker. He continued to team rope finally selling his horse prior to moving to Pasadena CA in May of 1986. Kathy had gotten married in 1985 so just Spud & Jacque made the move to CA.

In 1992 Kathy, her husband and two children moved to the Coeur d’Alene area then Spud & Jacque began visiting the area. Living in So Calif with the crime, traffic, earth quakes smog etc. had taken its toll and they made the move to Coeur d’Alene in 1996 to be around Kathy & her girls. His granddaughters became the light of his life. They attended every school & sporting event the girls participated in. When the great grandchildren began to arrive, he was even more smitten.

Spud loved to play golf and formed strong friendships with his golfing buddies. For about 6 years a group of the golfers would take a golf trip to Canada for 7 days of playing 36 holes a day.

Eventually as the dementia set in he was no longer able to play golf but he never lost the desire. Dementia is a very cruel disease robbing the person of everything. Losing him is heart breaking but a huge relief that he will no longer suffer.

Spud was proceeded in death by his parents and younger brother, Robert Clarke Kniffin. A private family celebration of life will be held at a later date.

To order memorial trees or send flowers to the family in memory of Thomas Kniffin, please visit our flower store.