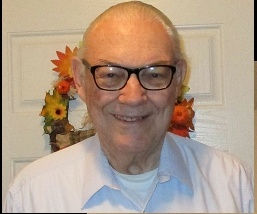 Tom graduated in 1956 from Shelby High School in Shelby, OH. His class still keeps in touch today about the lives of each other. It’s amazing how close the class is. He furthered his education at Ohio State University. Tom was in the computer business, installing, teaching, building and much more for many years.

Tom joined the Air National Guard and served for 10 years. His unit never went overseas until his move to CA from OH. He was asked whether or not he wanted to go to Paris France, and he declined due to his move.

Tom and Shari married on April 7, 1973 in Garden Grove, CA. They were married for over 47 years. They moved a lot during their married life with Post Falls, ID being their final move. They shared their hopes and dreams, cried and laughed together, struggled and succeeded together and most of all, loved deeply together.

On November 8, 2014 Tom and Shari retired from the business they bought from Tom’s father fourteen years earlier. After working for so many years they were so busy with life they both wondered how they found the time to work!

Tom is survived by his wife, Shari, 2 daughters, a brother, a sister and many relatives. Preceding him in death were his in-laws, his parents and other relatives.

His body was cremated shortly after his death and his wishes were to have no funeral service. I would like to thank the wonderful staff at The Schneidmiller House - Hospice of North Idaho for their excellent care for Tom and their support for Shari.

To order memorial trees or send flowers to the family in memory of Thomas "Tom" Ellis, please visit our flower store.