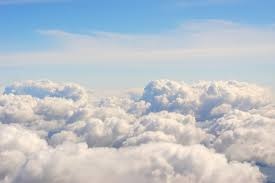 Von was born in a company town named Mauldin in Arkansas. Von passed peacefully at home in Post Falls, Idaho at the age of 89. Von was a long-time resident of Post Falls. He was a Five Stand Mill Four High operator at Kaiser Aluminum in Spokane, where he retired after 40 years in 1992.

Von joined the Army Air Force during World War II. He was only 16 at the time and is Mom, Hattie, would not sign for him to enlist, so he embellished his age and served three years. Von traveled from base to base in the United States during the war.  He received two honorable discharge certificates, one from the Army and one from the Air Force. After the military Von became a pilot and flew Cessna and Piper Club Planes.

Later, Von moved, with his family, to St. Mary's finding work in the forest industry. He shared many stories of working in a logging camp. He also met several people there who remained friends throughout the years.

Von worked at various jobs across the United States, prior to landing the Kaiser job. He did seismic testing for a team of engineers who located the oil reserves by detonating explosive charges.

Early at Kaiser he was laid off and worked for the Boeing Company as an airplane mechanic.

He also worked at Fairchild Air Force Base as a contractor my modifying the tail gunner assembly on the B-52 bomber.

Von was an avid hunter and fisherman. He became giddy just talking about those adventures with his friends. He could truly hold an audience reminiscing about the stories of his life.

He married Vera Mary Holliday, the love of his life, on October 26, 1961. They moved into a rental home on Spokane and 19th Street in Post Falls. They later built their new home on 12th Street in Post Falls in 1970, where they lived until they both passed. Vera had four boys (Terry, Bob, Bill, and Mike Holliday) a ready-made family. They were blessed with a baby girl (Debra) on March 6, 1963. Von told Vera that he would not bring her home unless they had a girl.

Von is preceded in death by his parents, Tom and Hattie Smith; two brothers, Carmie and Hermus; and sister, Gertie Lee. Vera passed in 2011. Bill and Mike both passed in 2005.

There will be no memorial service held. The family would like to thank all those friends and family who contributed to dad’s wonderful life.

To order memorial trees or send flowers to the family in memory of Von Smith, please visit our flower store.