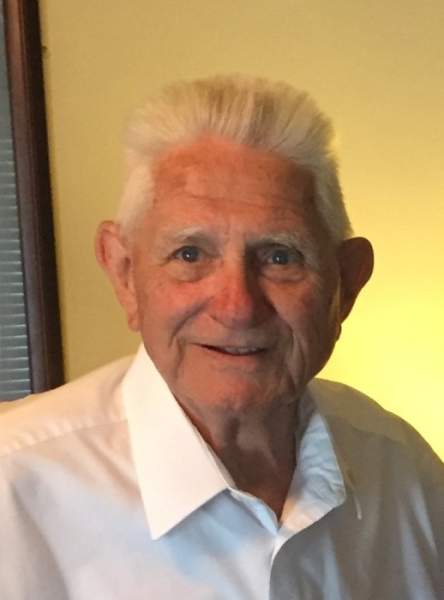 Wade J. Toombs, age 83, passed away in Coeur d'Alene, ID on January 20, 2020. Wade was born in Gering, Nebraska on April 23, 1936, to Jake Wade Toombs and Julia Ann (Cole) Toombs. He was raised in Wenatchee, WA and moved to Los Angeles, CA in 1953 after joining The United States Marines. He served from 1953-1960 as a tank crewman PFC in Korea. Wade married Mary C. Schoenhofen on February 21, 1960, at St. Thomas Parish in Alhambra, CA. (She passed in 2015). He retired after working 30 years for the U.S. Post Office. In 1992, they moved to Coeur d'Alene, ID. They were members of St. Pius X Catholic Church in Coeur d'Alene, ID where he had several friends and loved his card games. Wade was a member of the Knights of Columbus and the Catholic War Veterans of Idaho. He was dedicated to giving in his community, and in 2011 he was awarded the ‘Governor’s Brightest Star’ award for exemplary volunteer service. Wade is survived by 5 children: Thomas (Jolene) Toombs of Athol, ID, Joseph (Christine) Toombs of Temecula, CA, Anne (Robert) Foster of Pinon Hills, CA, Alice Toombs of Fontana, CA, and Mary (Mathew) Toombs-Wilson of Menifee, CA; 9 grandchildren and 3 great grandchildren; 2 sisters, Mary Hurd, and Viola Schaeffer. He is preceded in death by his sister June Carter. Memorials may be made to St. Vincent De Paul, 201 E. Harrison Ave., Coeur d'Alene, ID 83814. Memorial Mass for Wade will be 11:00 a.m. Saturday June 27th, 2020, at St. Pius X Catholic Church, 625 E. Haycraft, Coeur d'Alene, ID.

To order memorial trees or send flowers to the family in memory of Wade Toombs, please visit our flower store.